A few changes today as Worlds 2022 is now half way over. 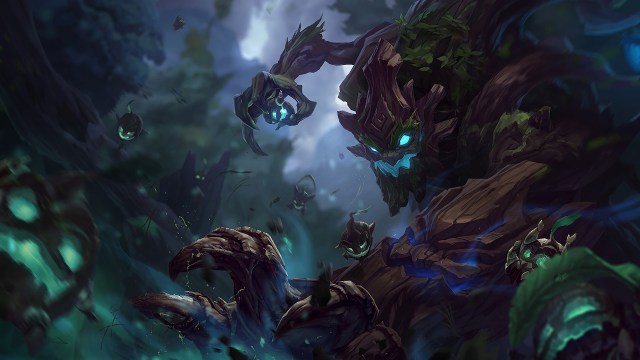 With Worlds 2022 already in Day 6 of the group stage, there is a lot at stake for many fans closely following their Pick’Ems.

With several upsets already happening in the group stage, different champions and Drakes on the map, there is no way to predict how Pick’Ems and Crystal Ball will end. The Crystal Ball is the new category that started during Play-Ins with several questions for fans to get separate points and rewards.

After day 6 of Worlds 2022 group stage, here are the results from the Worlds 2022 Pick’Ems Group Stage Day 6. Stats are compelled from multiple websites like Gol.gg, Liquidpedia, and Oracleselixer.com.

Aatrox was picked two more times on Friday bumping his pick total to 34. However, Maokai has officially closed the gap and now is tied with Aatrox at 34. Sejuani is just one game behind at 33.

Caitlyn remains the most banned champion at Worlds 2022 with 51. Aatrox is close behind at 48 with yuumi coming in third with 46. No other champion is particularly close.

There is a new deaths leader at Worlds 2022. With Maokai becoming more and more relevant at Worlds 2022 he is also being killed a lot more too. He now sits at 103 deaths while Leona is now in second with 100.

this is THE gumayusi. t1 is first seed in their group.he’s back to conquer the world with his brothers by his side.#T1Win #T1Fighting pic.twitter.com/ETsCezlwpK

The jury is out if Fnatic’s Rúben “Rhuckz” Barbosa will count with him only playing two games. But if he does he is the KDA leader with 22. But if he doesn’t than T1’s Lee “Gumayusi” Min-hyeong is the leader in KDA with an 18.25. His support Ryu “Keria” Min-seok is second with a 15.4.

Evil Geniuses’ support player Philippe “Vulcan” Laflamme is the current leader in unique champions played with 11. However, his tournament is over and can no longer add to his lead. The next closest player still in contention is Royal Never Give Up’s support player Shi “Ming” Senming with eight.

RNG’s bot laner Chen “GALA” Wei already has five first-bloods at Worlds 2022 and has a two-kill lead over the rest of the field.

EG exit Worlds 2022 as the current leader in most unique champions played with 43. The next closest team that is still in contention is RNG with 28.

The two pentakills were gotten during the play-in stage.

Hextech continues to lead in the Drake deaths category with 72. Mountain is second with 67.

There have been six Baron steals at Worlds 2022.

The longest game duration is still 44:48 through Day 6 of the group stage.