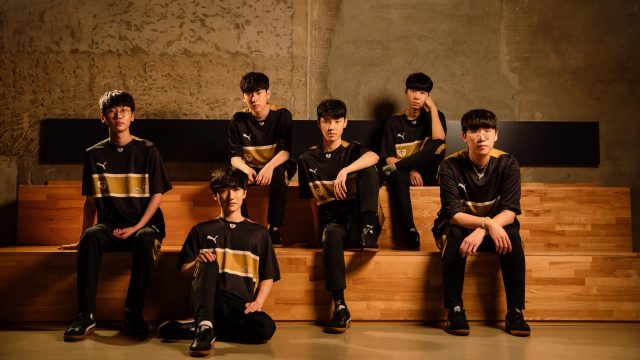 Provided by Gen.G When it comes to picking teams for this category, Gen.G is sure a popular pick.

Another year of League of Legends Worlds means another year of Pick‘Ems — the famous tradition is back again. With multiple changes, the official Worlds 2022 Pick‘Ems include many new categories for fans and spectators to engage in with hopes of beating their friends and other people around the world for a shot at some pretty cool prizes. However, when it comes to picking the right answers for all the new categories, it may be tough to pin down the right choices.

Upcomer’s panel of League experts are here to give the fans a look at their choices in order to make more informed decisions. Here is a look at Upcomer’s picks for the team category of the Worlds 2022 Crystal Ball Pick’Ems.

WHICH TEAM WILL WIN WORLDS?

Warren Younger: As someone who has predicted the correct world champion three of the last four years this is easily my hardest decision. My heart thinks that Edward Gaming or Royal Never Give Up are battle tested enough to make the run, and I want to go with them so badly. But Gen.G is the safe pick here; they don’t have any holes and are filled with former champions and players that are hungrier than anyone else in the tournament. Gen.G is a fantastic pick here, and is the most likely team heading into Worlds 2022 to win it all. If you want spice though, go with EDG or RNG.

E.G Kant: My pick is Evil Geniuses. No, seriously. Alright, fine. I think Gen.G is the safest pick because of how dominant they’ve looked and I could be wrong, but they just be a tier of their own among LCK teams. But 12.18 and all, I don’t know. From the LPL side, there’s more than one contender. TES or RNG are the biggest coin flips for me, while JDG and EDG seem reliant on if their form has carried through. You know what, let’s just go with JDG. They’re going to come out of nowhere and smash some fools and literally, no one would have seen it coming but me (is what I like to think)!

Kenny Utama: I am gonna go with Gen.G here. The most consistent team that I saw during the LCK this season. Their form in the finals against T1 was top notch, and they deserved that win. I would love to see Chovy win a World Championship the same year he wins an LCK title.


Rashidat Jimoh: The safest pick here is Gen.G because it just feels like this is finally their time to win it all. However I’m expecting the unexpected and I think if either EDG or Top Esports are in the best of form, the title may go back for the LPL once again.

WHICH TEAM WILL PLACE 1ST IN PLAY-IN GROUP A?

Younger: Well, until a few days ago, the right pick here would have been Fnatic; and while I do think they still can win Group A despite their COVID-19 woes, it does feel like Evil Geniuses have become the new front runners. Can’t really go wrong with either of these two picks, but you might want to wait until right before the Pick’Ems close to lock this one in unless you are a fan of NA or EU in that case your mind is already made up.

E.G: Upcomer picked me up knowing I’m a European Regional League hopium/copium retail salesman, so it will still be Fnatic. None of you are prepared to face the might of Bean/Rhuckz because I guarantee no one would have scouted them! The situation might be tense between Fnatic, Evil Genuises (who have their own substitute in) and probably DFM.

Kenny: While I would love for it to be Fnatic, the recent changes to their roster with Rúben “Rhuckz” Barbosa and Mauno “Bean” Tälli make them significantly weaker. So in this group it will have to be Evil Geniuses. They are the team that has made it to international competition before in this year’s MSI and will be the most prepared for the pressure.

Rashidat: I think that given the uncertainty regarding Fnatic’s starting bot lane, Evil Geniuses are expected to top the group. While EG struggled against major region teams at MSI, they excelled against the minor region teams and despite the introduction of Kaori in the bot lane, i still expect them to come out as first seed in the group.

WHICH TEAM WILL PLACE 1ST IN PLAY-IN GROUP B?

Warren: As I explained in the first question, I believe RNG to be a Worlds 2022 champion caliber team and we get to see them play in the play-in stage. They are far and away the favorite to win Group B and it should be no contest. Although crazier things have happened at Worlds before.

E.G: On paper is has to be RNG, as long as they’re not slumping anymore. It feels unthinkable the current MSI champions will be second or even third in this group, but Group B is very imablanced so if something unusual happens, it might not even be that huge of an upset. DRX, MAD Lions, Saigon Buffalo and even the Wildcats might make for either the most straightforward group or the biggest toss up, in my opinion.

Kenny: For Group B, it’s difficult to make a choice other than RNG. They have the most pedigree out of any other teams in the group and could definitely make a run deep into the tournament. Their only real competition would be DRX or Mad Lions, and those teams did not look great the last time they played.

Rashidat: I feel like many people including me have underestimated DRX in this tournament. While RNG are clear favorites in this group, I would not put it past DRX sneaking the top spot in the end. DRX have one of the most effective bot lanes in the group and if they can find their best form, it will certainly be an interesting one to watch.

WHICH TEAM FROM A REGION WITH 2 SEEDS OR LESS WILL ADVANCE FURTHEST THROUGH WORLDS?

Younger: I don’t think this is the year of the wild cards; and with no chance for a wild card region team to make it out of Play-Ins, there are only two choices being CTBC Flying Oyster and GAM Esports. Out of the two, GAM has the easier group, so I’ll go with them.

E.G: Hmmm…VCS? GAM? That would be an easy answer, but GAM’s group is anything but. There’s the Flying Oysters — their team is very experienced — but if Group D draws RNG then that puts them in a tough pickle too. Well, since it’s two teams, this means it’s a heads or tails situation; my coin has landed on GAM. No one has seen them in international play till now? Perfect. To quote Vi, “They’ll never know what hit ’em!”

Kenny: With my limited knowledge of the smaller regions I am going with CTBC Flying Oyster, as PCS teams have tended to perform well in these tournaments. Their lack of experience might be an issue, but there’s no time like the present!

Rashidat:  I think minor region teams like GAM Esports and CBTC Flying Oyster actually stand a good chance of going far. We’ve never really seen what both rosters can do on the biggest stage and even though regional dominance doesn’t necessarily translate onto the Worlds stage, it is still something that could boost their confidence and help them in tough moments.

WHICH TEAM WILL PLAY THE MOST DIFFERENT CHAMPIONS AT WORLDS?

Younger: My strategy here is to pick a team that has the highest chance of playing the most games. Logically, this would mean RNG; since they’re a Worlds 2022 championship contender, they are likely to play the most games, and have the best chances of bringing out a variety of different picks. I think other good picks here are Gen.G or EDG.

E.G: This doesn’t only depend on how creative or willing a team is to try stuff, but also how far they can get, in my opinion; more games means more opportunities to play a different champion. Perhaps a team from Play-Ins then? In that case, maybe Fnatic or RNG. Otherwise, I’d probably pick TES or EDG or even G2 as I recall they tend to not be afraid to try certain picks or combinations. Hard to call; if I had to pick only one, I’d maybe say RNG here. Or Fnatic. Or G2. Argh!

Kenny: I am going to have to go with one of the most creative teams coming out of the west, G2 Esports. I just know caPs has something up his sleeve for all of us at mid lane. Brokenblade has never been scared to try new champions in the top lane, and G2’s botlane have found so many ways to play their weak side, it’s befuddling.

Rashidat: It’s tough to say here, because it depends on the bans that come out and how adaptable they can become. When it comes to adapting, I think G2 and T1 can do so the most, so it may be between the two of them for me.