How to get the Kiriko, Sojourn, Ashe, Sombra, and Reinhardt voice lines in Overwatch 2 Halloween event 2022 - Upcomer

How to get the Kiriko, Sojourn, Ashe, Sombra, and Reinhardt voice lines in Overwatch 2 Halloween event 2022 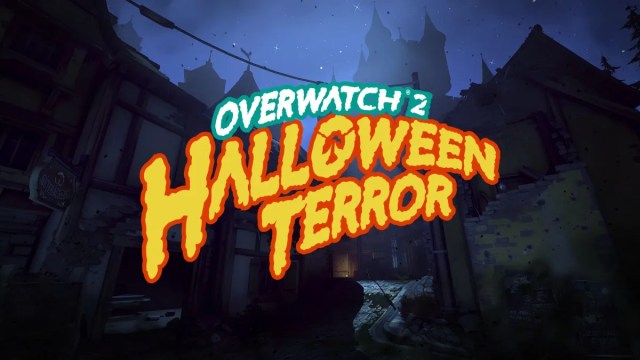 Halloween is almost here and Blizzard is back with another spooky event, this time for Overwatch 2.

The Halloween Terror 2022 is the first major event of Overwatch 2 and Blizzard is offering players several cosmetic loots for free by just partaking in the new event. The loot include sprays, weapon charms, Kiriko, Ashe, Sombra, Sojourn and Reindhart voice lines, and more. Players only have a limited time to obtain these rewards as the event runs from Oct 25 to Nov 1.

To get Kiriko, Sojourn, Ashe, Sombra and Reindhart voicelines, you will need to complete multiple challenges in the Junkeisten’s Revenge: Wraith of the Bride. This is a new PvE co-op mode where four heroes — Junker Queen, Ashe, Kiriko, and Sojourn — team up to fight bosses, Zominics and eventually Sombra. The Junkeisten mode is in Arcade and players can choose any of the four heroes that they prefer.

There are five Halloween Terror challenges that you must complete to earn the five heroes voice lines. These challenges and rewards include:

To obtain Reinhdhart “Our Tales Begins” Voice line, you’ll need to win Wraith of the Bride on any difficulty. For anyone looking to complete the challenge easily and obtain Reindhart’s voice line quicker, Story Mode is the best option to choose.

How to obtain Ashe’s voice line

How to obtain Kiriko’s voice lines

To obtain Kiriko voice lines, you and the rest of your teammates need to complete the Ominous Portent challenge as well as the knock knock. challenge

During the Ominous Portent challenge, players have to witness all seven Banshee moments in a single run of Wrath of the Bride . To do this, all four players must agree not to pick the key before they complete the challenge. This challenge can easily be completed as each player’s Banshee sightings count towards the needed amount. Players that complete the Ominous challenge will receive Kiriko’s “Tarot Reading” voice line.

The Knock Knock challenge requires you to battle through Eichenwalde and enter the tarven. Knocking four times on the right door upstairs in the tavern will earn you Kiriko’s  “Scry Some More” voice line.

To unlock Sojourn’s “It’s always the widow” voice line, you will need to complete the Witch’s Brew challenge. This challenge involves finding the secret Witch Mercy’s lair. You will need to defeat both Symmetra and Gargoyle Winstyon outside the castle gates to progress. After this, you’ll need to crouch to pass through a tunnel to enter the lair. Once in the lair, you’ll uncover the fate of a terror past and obtain Sojourn’s voice line.

How to obtain Sombra’s voice line

To receive Sombra’s ‘Never cross the bride” voice line all you need to do is complete the Photozomb challenge. This challenge towards the end after the bride’s introduction cut sceme. Players must hurry to Lord’s side and stand on top when the room to the final door opens. The goal here is to appear in the cut scene by getting to the Lord’s side as quickly as possible.