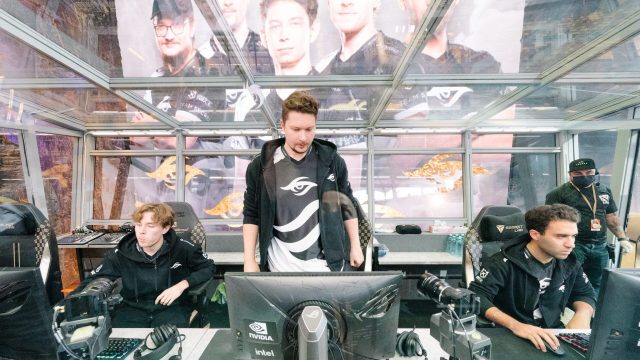 Provided by Valve Zai has been one of the most consistent offlaners in Western Europe.

Team Liquid announced that Swedish player Ludwig “zai” Wåhlberg will be joining their DOTA squad as of November 3, 2021. The offlane leaves his home of Team Secret after a successful three year stint.

Throughout 2019 to 2020, Team Secret were regarded as the most dominant team, and Zai played a large role in the multiple titles they won last year. They won the Chongqing and Kuala Lumpur majors in dominant fashion and, by the end of 2019, they seemed unstoppable. Pundits argue that, if not for an International that was skipped over in 2020 because of the COVID-19 pandemic, the missing International would have been Team Secret’s to lose. However, Team Secret Continued to prove their consistency by showing up in the biggest event in the last two years, The International 10. They were able to finish third overall, only losing to eventual finalists Team Spirit and PSG.LGD.

“It is a sad moment, but I have to accept that all good things come to an end,” Puppey said. “I have nothing but love for this man. Not only is he an amazing and persistent teammate, he is also a great friend.”

Zai begins his new journey on Team Liquid, another talented Western European team. Along the likes of Michael “MiCKe” Vu and Tommy “Taiga” Le, this new Team Liquid will be one to look out for in the next DOTA Pro Circuit season. However, it is important to keep in mind that the Team Liquid roster has not been solidified. Things are still up in the air, with rumors that Syed Sumail “sumail” Hassan might join them in the near future.

Zai shared some final parting words on leaving his home of three years.