The Undying Challenge will go from October 22-23. 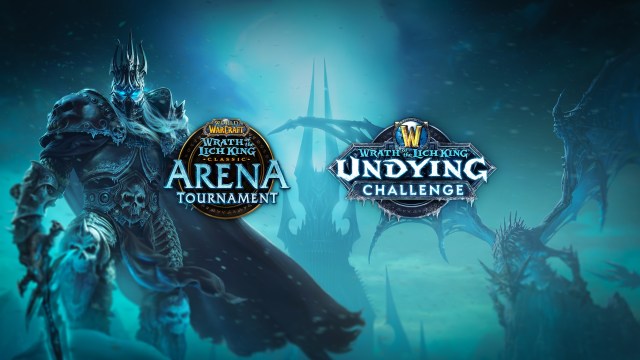 Wrath of the Lich King Classic will feature the Undying Challenge and the return of the World of Warcraft Classic Arena Tournament.

Undying Challenge in Wrath of the Lich King Classic

The Undying Challenge for Wrath of the Lich King Classic will showcase the skills of two guilds. While Progress from the Firemaw server will represent the European region, SPACEFORCE from Faerlina will represent North America.

Both of these guilds have the reputation for being two of the top speedrunners of World of Warcraft Classic. Through the Undying Challenge, players will race for the best times.

Competitors will start with basic toons at level 80 and only have limited lime to gear up before they head into Naxxramas. Players will aim to speedrun it without dying.

“We are excited to showcase an all new raid event for the WoW Classic community and a return to the Classic Arena Tournament for our amazing PvP community!” the World of Warcraft Esports team added on Twitter.

Fans and supporters can catch the Undying Challenge action from October 22-23 on Twitch and YouTube.

The Lich King’s return also means another esports event in the form of the 2022 World of Warcraft Classic Arena Tournament. Only the best of the best will be crowned in the European and North American regions.

Players who wish to participate can sign up via GameBattles to compete in either the European or North American region. They have until Oct. 28 at 12 p.m. ET to do so, and the Open Qualifiers phase will kick off on Nov. 5.

Teams will battle over a combined prize pool of $100,000 between November 11-13. All of the action will be broadcast live on Twitch and YouTube.