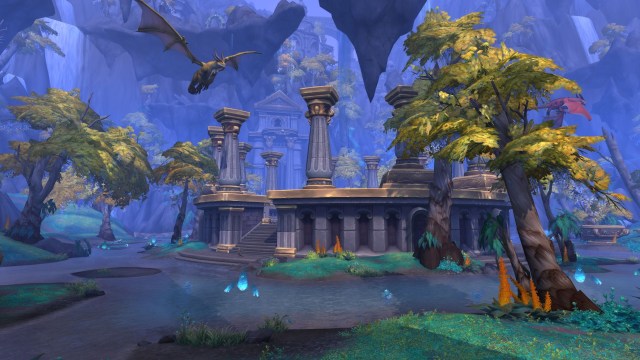 World of Warcraft has truly withstood the test of time. Despite the game being in its 18th year of operation, the player base is still going strong.

There definitely have been some ups and downs over the years, especially in the most recent ones. But with the release of the game’s ninth major expansion, Dragonflight, there has been an influx of new and returning players into the game. Here is the most accurate count of how many people play World of Warcraft when looking at data estimates.

Back in the day, Blizzard used to push the player base numbers to the public. But towards the back half of the 2010’s, Blizzard decided to start hiding those numbers officially. According to an article published by Eurogamer.net back in 2015, Blizzard said that they were going to start hiding player subscriber numbers because “there are other metrics that are better indicators of the overall business.”

Since then, there has not been a way for anyone to check exact player numbers officially from Blizzard or anywhere else. It is known however, the peak of WoW was back in the game’s third expansion, Cataclysm, when there were approximately 12 million active subscribers in 2010.

It's been a busy day zzzz https://t.co/BWCCaTqyse

But that doesn’t mean we can’t find a good estimate on total subscribers though. MMO-Population keeps tabs on daily player bases for almost every single MMO title on the market and World of Warcraft is one of the games they keep track of. Using API data, the site is able to track estimates of total players among all MMO’s. It’s important to note that, while these are good estimates, they are not absolutes. But with no other way to check player data, MMO-Population is the best source of information when it comes to World of Warcraft.

Related: Read about the best World of Warcraft Dragonflight characters on Dot Esports.

At the publishing of this article, MMO-Population lists the total number of daily players playing World of Warcraft at a little more than 2.3 million players daily as of November 18, 2022. That’s because the numbers from MMO-Population lag behind a couple of weeks. Those numbers are from when the pre-patch for the new expansion went live but not the actual new expansion itself. It’s probably skyrocketed from there.

Stick around for updates!