Get on the horn for this Legendary Quest 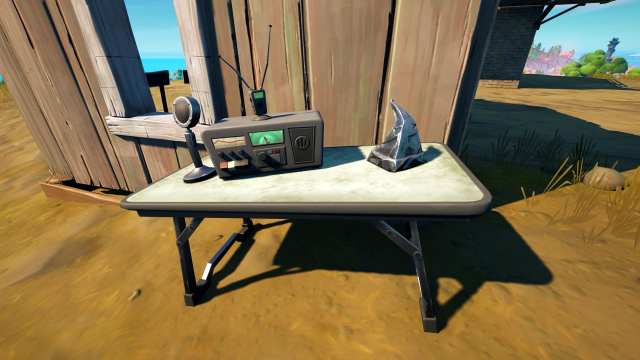 Provided by Epic Games A CB Radio in Fortnite Season 7.

The Fortnite Chapter 2 – Season 7 Week 5 Epic and Legendary Quests are leaked online, as per usual. Epic Games is set to release the challenges on Thursday, July 8 but, thanks to the work of data miners, the community knows that one of the Legendary Quests is to interact with a CB Radio somewhere on the island.

Of course, the Fortnite map isn’t a small area and players could spend hours trying to find the device. Luckily, keen-eyed players have already discovered where a CB Radio is located, making this a much simpler challenge.

Interacting with a CB Radio in Fortnite

This challenge falls under the umbrella of the Legendary Quest set in Week 5 of Fortnite. Players might remember completing a similar challenge in Chapter 2 – Season 6 but, in that instance, the CB Radios were spread across the island. This time, there’s only a couple of locations that hold CB Radios, which makes the challenge a little tougher.

As this is a Legendary Quest with only a couple of included POIs, dozens of players will be heading to the specific locations every match. If some of the other players get a weapon, they could stop players before they interact with the radio. To get ahead of the others, it’s recommended to immediately land at the CB Radio. Below, players can see exactly where they need to drop to find the device.

There are also some CB Radios in Retail Row but the one in Believer Beach seems to be the recommended option by Epic Games. When players reach the radio, they must hold the interact button when prompted. Then, the challenge will complete and they will be awarded 45,000 XP for their Fortnite Season 7 Battle Pass.