What we know about TFT Set 8: Monsters Attack!

What we know about TFT Set 8: Monsters Attack! 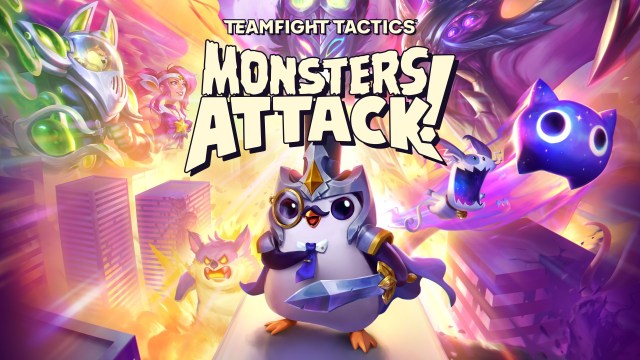 Provided by Riot Games TFT enters the age of heroes and villans in Set 8 Monsters Attack!

The new Teamfight Tactics expansion is almost here — the number one strategy game in the world’s eighth set, Monsters Attack! hits the Public Beta Environment tomorrow, November 15. It takes on a new comic-book hero aesthetic as players command heroes to fight against villainous threats or vice versa.  If this seems like a lot, don’t worry — Upcomer has you covered. Here is everything you need to know about TFT Set 8: Monsters Attack!

Hero Augments TFT: Monsters Attack!’s new game mechanic. As previously announced, augments will be a permanent part of TFT moving forward; the design team has said they will make sure in the future to spice them up from set to set. However, in TFT Set 8, there are no new standard augments. Instead, there are over 100 new Hero Augments.

These Hero Augments will let players select a champion to be the “hero” of the composition in every game they show up. Hero Augments are not always blanket buffs to the entire team or something that inherently breaks the rules of TFT. Instead, these augments are tailored to each specific unit in the set.

Each champion has two different Hero Augments, one support and one carry. Support augments are ones that actually do benefit the team through shields, mana regen or CC immunity, while the carry options let the Hero take center stage and give them more power.

A new set means new units. Replacing the old roster from TFT: Dragonlands is a new one filled with returning units with all new abilities and costs. There are over 50 new units for players to experiment with. And of course, there are plenty of flashy units this time as well.

Coming along with the new units is a whole lot of new traits and origins. The new Origins in TFT Set 8 are among the most unique in the history of the game.

Gadgeteen for example creates completed items each round that are better than even the normal versions but at the cost of only being durable enough to use for a couple of rounds.

A.D.M.I.N is an origin that allows players to truly create their own trait by giving players the choice of a cause and effect of the trait with different options every game.

And then there is Mecha: PRIME, which is very similar to the Mech-Pilot trait from TFT: Galaxies, but new and improved.