What can Modern Warfare 2 take from COD Mobile?

What can Modern Warfare 2 take from COD Mobile?

From one Call of Duty to the other 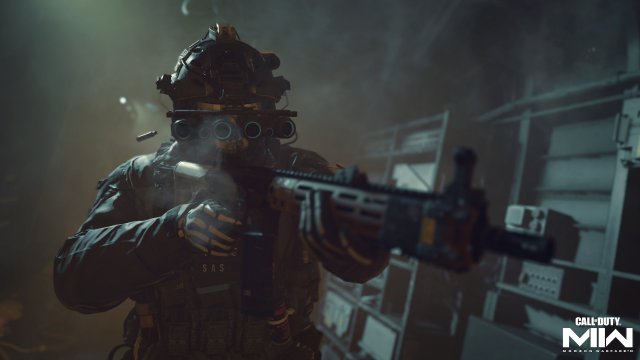 Despite not receiving a ton of recognition from the longtime Call of Duty community, Call of Duty Mobile is arguably the most successful title in the franchise over the past few years. The mobile game has been downloaded over 400 million times and features a plethora of older content that was brought back to life. With Modern Warfare 2 quickly approaching, one YouTuber decided to ask themselves what they would want to see the new game take from COD Mobile.

The YouTuber in question is TheXclusiveAce, who is one of the most notable Call of Duty creators on the platform. In their most recent video, XclusiveAce posed the question, “What can MW2 implement from COD Mobile?”

While MW2 is likely mostly done and any feature from COD Mobile would have been implemented months ago, it doesn’t mean that some of these features can’t come to the game in the future. Modern Warfare 2 will be a two-year game, so the developers have more time to add features than they would have had in the past.

XclusiveAce listed five features that are currently present in COD Mobile that they would like to see in MW2. Those five features are listed below along with some explanations.

Once players actually step back and look at what COD Mobile has done in its lifespan, they realize just how much content is packed into it. While it seems unlikely Modern Warfare 2 will implement all of these features, some are certainly feasible. It also should be noted that the Firing Range is apparently returning in MW2, at least according to XclusiveAce’s firsthand account of the Gunsmith.

We might see more available features coming to MW2 at Call of Duty Next, which is taking place later this month.