What are the safe codes for all safes in the Modern Warfare 2 campaign?

What are the safe codes for all safes in the Modern Warfare 2 campaign?

Open up all of the safes in the Campaign 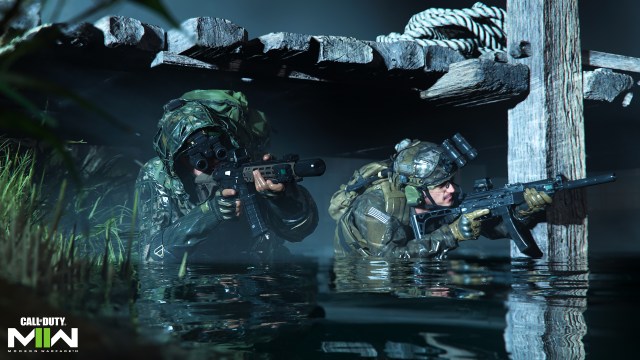 If you’re a part of the crowd that has access to the Call of Duty: Modern Warfare 2 campaign early, then you’ve likely stumbled across a safe or two.

In total, there are three safes throughout the MW2 campaign, and they all require a different code to open. Of course, the problem is that some players are struggling to locate the combinations to the safes. Without the combination, there’s no way to get inside the safes and loot the treasures that are within.

In this guide, we will go over the location and the codes of every safe in the Modern Warfare 2 campaign. Keep in mind, there are minor spoilers for the campaign found below.

We’ll go in chronological order that the safes appear in the campaign. We’ll provide the location of the safe, the combination, and where players can actually find the combination.

This safe is found during the mission where Soap and Alejandro infiltrate the meeting of the Mexican Cartel, which is led by El Sin Nombre. The home that players visit is that of Diego’s, whose room players will need to find to get to this specific safe.

Once players have met up with Alejandro after being interrogated by Valeria, they can ascend to the second floor and go to Diego’s offrenda. Inside, they’ll have to kill Diego and another man. Once that’s done, the safe is located near Diego’s body, along with a Gold Desert Eagle. The combination to the safe is 02-02-19, which is found on a picture with a date on it inside Diego’s room.

In the Alone mission, which occurs right after players are betrayed by Graves and Shadow Company, players will be able to loot two safes. The first comes inside a coffee shop, which is accessible from the alleyways that players will travel to get around enemies. Inside the coffee shop, players can find the safe behind a door that they need to pry open.

The safe is located on the ground on the right side of the room behind the door. The code to unlock the safe is 10-10-80, which is found on a calendar above the desk in the same room.

The second safe in the Alone mission comes shortly after players find the first one. Right next to the coffee shop is a mechanic’s shop/garage. An enemy will be outside of this location. Defeat the enemy and head inside the garage. Players will see a counter with a computer on it and s safe right next to it. The code for the safe is 37-60-80, which is found by looking at the computer on the counter.

Those are all of the safe codes found within the Modern Warfare 2 campaign.