A possible look to the future 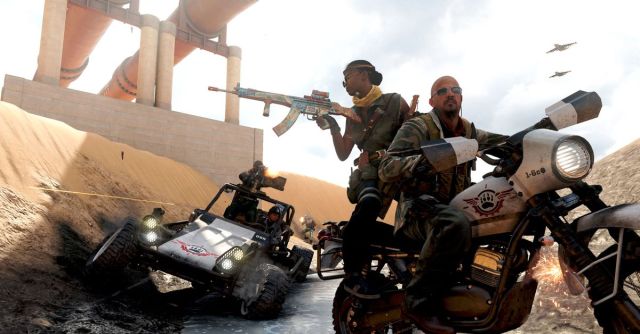 Yesterday, the Season 4 Reloaded update arrived in Call of Duty: Warzone. While this update delivered content and changes to the game, it also added a plethora of files to Warzone’s database. Raven Software and Activision add files for future content to the game whenever a new update arrives so they can begin to prepare for the future. As a result, data miners get into the files and reveal this future content; while some of it doesn’t pan out, a majority of the data mined content eventually sees the light of day. One of the largest pieces of information miners discovered in the game files yesterday is two new possible Warzone weapons that could come in Season 5.

Every new season of Warzone releases two weapons when it launches. These two weapons are then added to the Battle Pass and every player can unlock them as long as they play enough. Then, with the midseason update, another weapon or two will arrive via an in-game challenge. In the past, these guns were added to the Warzone game files before their in-game reveals. History is repeating itself, as data miners found two weapons that look to be for the Season 5 update.

The leak comes from data miner Reality on Twitter. Reality has been data mining accurate information related to Call of Duty for months. They claim that the Season 5 weapons, as discovered in the files, as the EX1 (EM1) and RA 225. It’s unclear what the RA 225 could be but fans might have seen the EX1 before. Two iterations of it, both called the EM1, have arrived in Call of Duty before. The first was in Advanced Warfare, which was a laser gun, and the second came last year in Black Ops Cold War.

Since Vanguard is a World War II game, it seems unlikely the new EX1 would be a laser gun. This likely means that the new weapon will closely resemble the EM1 from Cold War. Though it seems weird Activision would release the same version of a gun two years in a row, the developers actually just did that with the Vargo-S. The Vargo-S is essentially a copy of the Vargo 52 from Cold War, so there’s already precedent for re-releasing a weapon from last year.

Of course, all of this is unconfirmed, so fans should take these leaks with a pinch of salt.