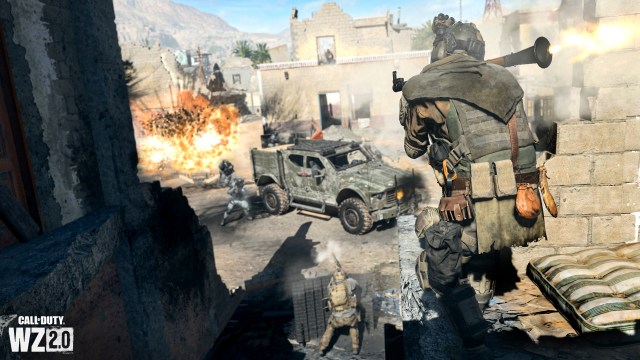 The anticipation for Season 2 of Call of Duty: Warzone 2 and Modern Warfare 2 has been at an all-time high within the community. A majority of fans feel that Season 1 of both games has dragged on for far too long, a feeling that has been exacerbated by the lack of content in either game. Modern Warfare 2 has only received two multiplayer maps, both of them being remakes, while Warzone 2 has received little to no content whatsoever throughout this season.

While many fans thought that Season 2 would arrive on Feb. 1, as that’s what is indicated in the current Battle Pass, recent leaks say otherwise. Data miners are now saying that Season 2 of Warzone 2 and MW2 will arrive in mid-February instead of early February. This is backed up by evidence of Season 1 Store Bundles arriving beyond Feb. 1, which likely means that Activision has delayed Season 2.

The data miner who originally discovered this information is known as @codsploitz_imgs. This account has been data mining Call of Duty information for some time and is usually fairly reliable.

Earlier this week, they tweeted out that a new bundle in Season 1 is arriving on Feb. 2 and ending on Feb. 15. When this happens, it usually means Activision has delayed the current season, but hasn’t updated the current Battle Pass’ timer to reflect that.

Dates end on Feb 15th, signifying Season 2 should begin on the 15th or 16th

The bundle in question is called “Scavenger,” which is apparently arriving one day after Season 1 is supposed to end. It’s possible that the developers have made a mistake, and this bundle is supposed to be intended for Season 2. However, the game files are not usually wrong, especially this close to when something big is supposed to release.

While nothing has been announced yet, it is strange that we have yet to hear anything regarding Season 2 from either Activision or Infinity Ward. In the past, we might see teasers or even more concrete leaks regarding the upcoming season. As of now, though, all fronts are silent, which is never a good sign.

At the moment, we’re less than two weeks away from the official release date of Season 2. However, that release date is far from confirmed.