Valkyrae versus the internet: How RFLCT became a beauty disaster

Valkyrae versus the internet: How RFLCT became a beauty disaster 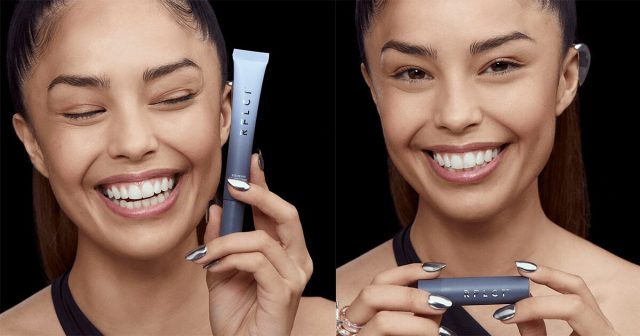 100 Thieves co-owner Rachell “Valkyrae” Hofstetter has received an outpouring of backlash from the community after she announced she was becoming the co-founder of cosmetic brand RFLCT. The controversy forced the YouTuber and internet personality to go silent on social media and take both 100 Thieves and RFLCT out of her bio. A few days after RFLCT was announced, Valkyrae has now commented on the situation.

RFLCT is a skincare brand that claims to have products that protect against the “harmful” effects of blue light that come from staring at screens all day. The brand made its official launch on Oct. 19 alongside the announcement that Valkyrae would be the face and co-founder of the company. The site features five different products, including a facial cleanser, moisturizer, gel treatment, lip moisture balm and eye mask. All of which are marketed to be powered by “BLPF” which the company claims is their Blue Light Prevention Factor.

As the community began to dig deeper into the unknown harmful effects of blue light, they began seeing holes in the company’s mission statement. This includes the information that is present under the “terms of service” portion of RFLCT’s webpage, which directly states that not all information on the site is accurate.

“However, we do not guarantee that all information provided on the site is accurate, complete, reliable, current, or error-free, and we disclaim any liability arising out of any errors, to the extent permitted by law,” RFLCT said on its website.

Board certified dermatologist and internet personality Andrea “Dr Dray” Suarez posted a video responding to the RFLCT claims on her YouTube channel. In the video, Dr Dray goes into detail about what the product is and how blue light does not have the same lasting effects on skin as it does on the eyes.

“[Blue light is] a light that you see with your eyes,” said Dr Dray. “It’s not the same as ultraviolet radiation. It is visible light that illuminates our world and is emitted from devices.”

Dr Dray went on to explain that visible light is anywhere from 400 to 700 nanometers while blue light (also known as high energy visible light) is 400 to 500 nanometers. Blue light, she said, is close to UVA light, which is ultraviolet radiation. With the two having a slight overlap, blue light does contribute to free radical formation in the skin as explained by Dr Dray.

“For people with deeper skin tones, they cause hyperpigmentation that is even more stubborn than the hyperpigmentation caused from ultraviolet radiation,” Dr Dray said in her video, “so there is a lot of science behind the effects of blue light on the skin. However, this is visible light from the sun not your devices. The amount of blue light that you are exposed to from computer screens, smartphones, tablets, etc. is negligible in comparison to what you’re being exposed to from the sun.”

To compare the blue light radiation to that of the sun, Dr Dray put the two comparisons into simpler terms. According to Dr Dray, individuals would have to be in front of a screen nonstop for over a week to gain as much radiation as what comes from the sun. She went even further by explaining that you wouldn’t put a lifejacket on to drink a glass of water but would if you were going into the ocean.

In a livestream on her YouTube channel on Saturday, Valkyrae shared her side of the story. To start, she explained how she became introduced to RFLCT through Joanna Coles and Claudia Poccia. Coles is a former editor-in-chief of Cosmopolitan, a lifestyle publication, and was chief content officer for the magazine’s parent company, Hearst. Poccia currently serves as the CEO of Dragonfly Sage Corporation, which is a strategic consultancy for luxury lifestyle and beauty brands.

Both approached Valkyrae with the idea to form a beauty brand, which is where the idea of blue light protection was first conceived. Through the meeting Valkyrae became more familiar with how blue light could affect the skin. For the next six months, Valkyrae said, research was conducted to prove that blue light had damaging effects on a person’s skin.

“I saw the research, I saw it with my own eyeballs, and I was really excited because I thought it was ground-breaking research,” Valkyrae said on her livestream. “I thought it was going to help not just me but other people as well.”

Valkyrae took the time to explain that originally she was brought on as a “creative collaborator” for RFLCT. However, the 100 Thieves co-owner asked if she could put something shorter in her bio to look nicer. This is where “co-founder” originated. After the initial dealings with RFLCT, for the next year and a half Valkyrae’s involvement was through testing the products and packaging. During the stream, she noted that she was not a chemist, nor had she been to RFLCT’s lab in person.

“This whole time I was under the impression that all of that research and everything that I saw was going to be on the website,” Valkyrae said. “When RFLCT dropped, it was critical and crucial for there to be information, and there was nothing but a WebMD link.”

Following RFLCT’s initial release and the backlash from the community, Valkyrae explained that she had meetings with those involved, which is where she discovered that the research she had seen could not be publicized. Allegedly this is because the specific research can be stolen by other companies.

Relationships between streamers and Valkyrae

Multiple internet personalities took the opportunity to make jabs at Valkyrae publicly on the internet after seeing the backlash from RFLCT. One of the more popular responses came from Twitch streamer Hasan “HasanAbi” Piker who called the blue light theory “bulls**t” multiple times on stream shortly after congratulating Valkyrae on Twitter when the announcement was revealed. Another popular streamer and long-time friend of Valkyrae’s, Imane “Pokimane” Anys, also took to stream to give her own opinions on the situation.

“I completely agree that there are valid research concerns,” Pokimane said. “Especially when you call out something to be harmful when it’s not universally considered as such.”

Pokimane stressed the importance of being held accountable and doing all of the necessary research before promoting it to a young and impressionable audience. Especially when that audience is as large as Valkyrae’s, who sits at over 3 million subscribers on YouTube and over 2 million followers on Twitter.

Toward the end of her explanation on the whole situation, Valkyrae touched on the people around her’s reaction to the situation. This included those who reached out to her in support and those who made jokes at the expense of her product on the internet.

While RFLCT’s backlash plays out, Valkyrae will continue to stream and make content for her audience in an attempt to distance herself from the situation. She is still a content creator as well as a co-owner and streamer for esports and lifestyle brand 100 Thieves.

“They invested in RFLCT, and it is going to be sold at Ulta in stores tomorrow,” Valkyrae said Saturday. “It’s really hard to be proud of that. The people that work behind the scenes, they don’t get to experience what I am experiencing. I am the face of it. I’m the one that gets all of it. Isn’t that crazy?”

Valkyrae said that she is still under contract with RFLCT, meaning that she won’t be separating from the brand any time in the near future.

“I am in a bound contract. I do believe in the product, but I do also wish to not be involved because the research can’t be public,” Valkyrae said. “That’s the hard part, and that’s the honest truth.”