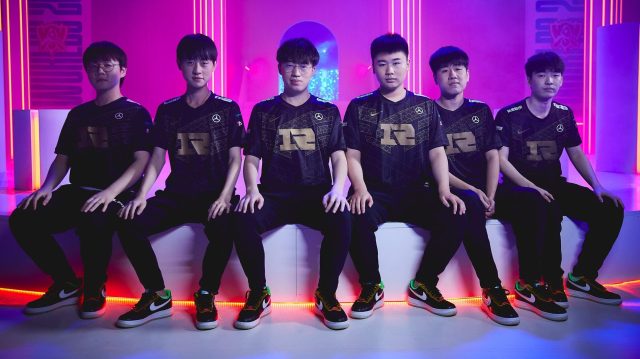 Welcome to our Worlds 2021 match ratings, as we enter a showdown between two of China’s best in RNG and EDG. Every day, I, your designated guinea pig and critic, will watch all of the world championship games so you don’t have to. I will be here to dish out star ratings for every game and let you know if I recommend the slew of fights that day at Worlds.

After a matchup between two South Korean powerhouses on Friday, Saturday’s quarterfinal at Worlds 2021 featured two of China’s best: RNG and EDG.

Royal Never Give Up, a perennial staple on the international stage in League of Legends, entered the day hoping to return to the Worlds semifinals for the first time since 2017. Edward Gaming, known as much for falling short internationally as they are for being a contender at those events, looked to make their first-ever semifinal.

The RNG and EDG rivalry in the League Pro League is one of the most storied in the esport, and for good reason. Here’s how Saturday’s five-game series matched up with that hype.

After an opening knockout round match in T1 and Hanwha Life Esports that almost put me back to sleep, we received an upgrade in the opener of this all-Chinese quarterfinal.

LPL vs. LPL best-of-fives at the world championship have routinely delivered, and this was more of the same, a cascade of kills filling the screen. While EDG entered as the favorites, especially after seeing how easily T1 handled HLE on Friday, it was the Group C winner in RNG that controlled the hectic play around them and landed the first win of the series.

What should have been a sentence-long blowout review by EDG somehow turned into a contest that was one blown teamfight away from being the biggest throw of the entire tournament.

Yuan “Cryin” Cheng-Wei’s Annie pick fell on its face early and often, and EDG jumped out to a large advantage in the early game behind the power of Olaf and smart roams by Lee “Scout” Ye-chan in the mid lane. Yet, inexplicably, EDG kept extending the game with unforced errors and allowing RNG to get a foothold in a game they had no business being feisty in.

EDG had Yuumi and a fed Graves, though, so no matter their poor decision-making, they tied up the series.

Remember last game when EDG built a gigantic lead with proper teamplay and stronger macro until they got overconfident to turn a stomp into a competitive game?

Yeah, so that happened again. Not only did EDG leave the door open multiple times for RNG to make a comeback, they needed to steal two Barons to close out a game that they should have never needed to resort to such heroics to capture.

After several games of huge leads being squandered in the mid-game, it was nice to see RNG grab an advantage in the first ten minutes and not look back. We are now set up for a fifth and final map to see who will be the last Chinese team standing at Worlds 2021. Let’s blast “Silver Scrapes” and get this going.

As with all of EDG’s wins in this series, they torpedoed into a massive early advantage through gaining an advantage in the bottom lane with a proactive gambit.

The difference with the series ender, however, was that this time EDG didn’t make those unforced errors that plagued them earlier in the match. It was swift, clean and honestly, pretty easy once they played to their peak level.

EDG will now play the winner of Cloud9 vs. Gen.G in the Worlds 2021 semifinals.