Third-Person has come to Call of Duty 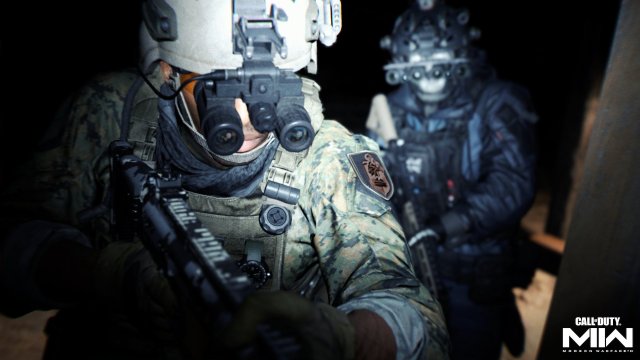 Among the news revealed today at Call of Duty Next was information surrounding the new third-person game modes in Call of Duty: Modern Warfare 2. These third-person modes will be in their own separate playlists, but they could also be mixed in with the traditional playlists further down the line. Infinity Ward stated the open beta might feature third and first-person playlists mixed together.

As the name suggests, these game modes will have players looking at their characters from a third-person perspective instead of the traditional first-person. The camera on a player’s character is set a few feet back on the right shoulder, giving players a wide view of their surroundings. However, this comes at a cost of depth of field in front of your character that you normally get from first-person.

While in third-person, players are able to “shoulder swap,” meaning they can change which shoulder the camera looks over. The default shoulder is the right one, but players can switch to the left depending on their preference or the situation. When players zoom in on their gun, they will go into first-person. This allows players to accurately fire their weapons instead of firing in third-person.

This is surely going to be a huge change of pace from traditional multiplayer gameplay. Third-person modes should be the same as the first-person ones in Modern Warfare 2, but they’ll be in separate playlists, at least to start.

Stay tuned to Upcomer for all Modern Warfare 2 and Warzone 2 news.