One LMG takes the place of another 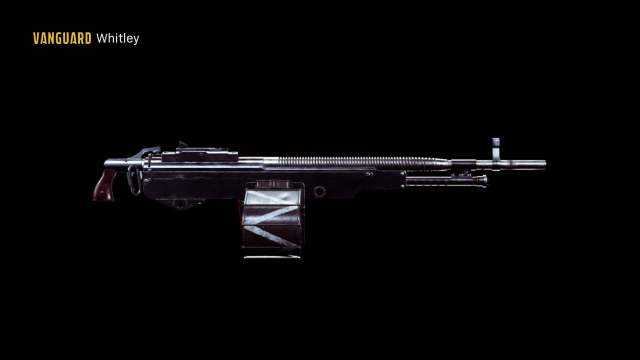 Provided by Activision The gun model for the Whitley in Call of Duty: Warzone.

The Season 5 Reloaded update in Call of Duty: Warzone introduced over 20 weapon balancing changes to the game. Among these changes was a fairly significant nerf to the UGM-8, which had dominated Warzone for the better part of two seasons. The UGM-8 was extremely strong at long-range; it featured little to no recoil, high damage, and a solid fire rate. Being an LMG, many fans immediately began looking at other guns in the class to replace the UGM-8 after Season 5 Reloaded went live. It seems like Warzone players found their replacement as well, considering the Whitley LMG has skyrocketed up the kill/death ratio charts.

The Whitley still doesn’t have the best pick rate — it’s currently sitting at 0.29 — but players have started to take notice; not only that, but the players that have used it have found immediate success. As of Season 5 Reloaded, the Whitley has the highest KD of any weapon in Warzone, 1.55, and the second-highest win rate.

This is impressive for a weapon that’s only being picked by 0.29% of Warzone players. Much of it has to do with the Whitley’s all-around stats, which are fairly consistent with the UGM-8. The Whitley has terrific mobility, decent damage range and fire rate, and almost no recoil.

Players will still want to run an Overkill secondary weapon on their Whitley loadout, though. This ensures players have the right weapon on them for any close-range gunfights. We recommend a mobile SMG, such as the Armaguerra 43 or PPSh-41, to take the place of players’ secondary weapon. With the Whitley as the primary, players can pick off enemies at medium-long range while swapping to their secondary SMG any time an enemy decides to push.

Given the fact that Season 5 Reloaded is the last major update for Warzone, the Whitley might remain a strong pick until Warzone 2 arrives in November.