The complete guide to PGL Major pick'ems, stickers and skins

The complete guide to PGL Major pick’ems, stickers and skins 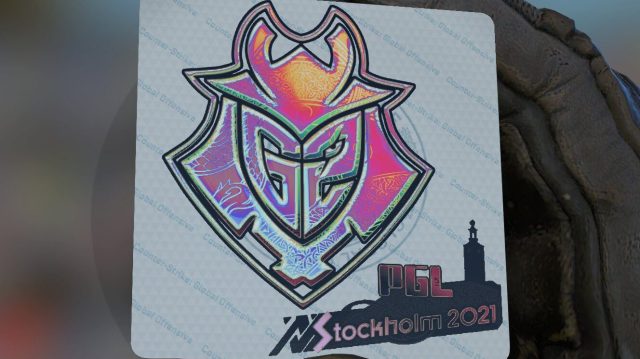 Provided by CS:GO A commemorative G2 sticker from the PGL Major Stockholm 2021

The latest Counter-Strike: Global Offensive update, released on Thursday, adds the ability to unlock all of the PGL Major Stockholm content, including the viewer pass, pick’ems, stickers, team patches, souvenir tokens and event coin. Here is a guide with everything you need to know about the PGL Major content:

To participate in the bulk of the PGL Major content, you’ll need to purchase a viewer pass. You can only activate one viewer pass on your CS:GO account. The pass will give you access to the following:

Fifty percent of all the proceeds from the content goes to the teams and organizations taking part in the PGL Stockholm Major.

Player autographs will be available for purchase after the major has completed. They will only be available for major finalists (i.e., players who reach the quarter finals, semi finals and grand finals.) Team graffiti can be selected and changed at will in the CS:GO client.

Stickers are available for purchase in team sticker capsules featuring the Legends, Challengers or Contenders teams. Once purchased, you can place the sticker on your weapon. They come as normal, holo, foil and gold. After a sticker is acquired, it can be traded on the Steam marketplace.

Valve has also introduced team patches, which can be worn on your in-game character. They can be placed on the character’s sleeve, back or ammo pouch. Team patches are also purchased through packs divided by Legends, Challengers and Contenders.

Activating the Viewer Pass will grant you the Stockholm 2021 event coin. The coin can be upgraded over the course of the event by completing the pick’em challenge. Every time the coin is upgraded, you are awarded a souvenir token that can be redeemed for a souvenir package from the match of your choice. The coin will be upgraded at three intervals based on the number of challenges completed: three (Silver), six (Gold) or all nine (Diamond).

The nine challenges are as follows:

Besides the three souvenir tokens you can obtain from upgrading your Event Coin, three tokens can also be obtained from purchasing the upgraded viewer pass. Alternatively, tokens can be purchased directly. You can use souvenir tokens immediately on a match to get the package, or wait and make a decision before Sept. 30, 2022. Souvenir packages include exclusive souvenir quality skins.