There are no red dots anywhere 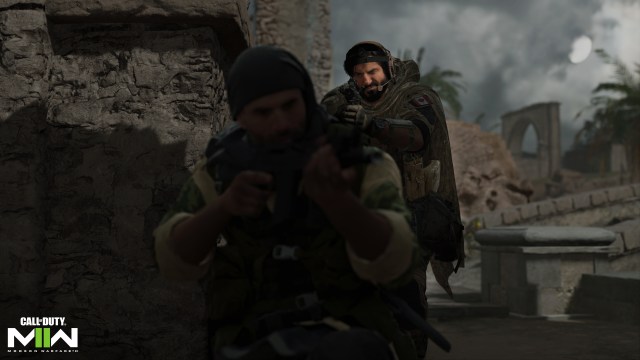 One of the most controversial aspects of Call of Duty: Modern Warfare 2 thus far has been in regard to the mini-map.

In multiplayer, the mini-map does not display red dots when an enemy fires an unsuppressed weapon unless there is a UAV active. This is the way it has been for three out of the past four years, with Black Ops Cold War being the exception. Developer Infinity Ward began this design trend with Modern Warfare 2019 and it was generally disliked by the community. In MW2, the developers brought the feature back despite even more negative feedback.

However, there was a silver lining, at least one that was leaked during the beta. In custom games, players could select to have the classic mini-map with the red dots. This was a setting that could be turned on or off in custom games. Many players, especially those in the competitive community, were relieved to see this, as it meant they could have it active during competitive matches.

Unfortunately, for the full launch of MW2, it appears Infinity Ward has removed that mini-map setting altogether.

Classic mini-map not present in MW2 at all

According to the developers, they’ve changed the mini-map to its current form due to players apparently “chasing red dots on the map” too frequently. The devs apparently want players to use the compass and their map awareness to know where enemies are coming from instead of being able to look at red dots on the map. This is not a stance that the majority of vocal players agree with.

The option to add weapon pings (red dots) to the minimap in Private Match is gone, not sure if this is intentional or a bug — but it looks to be a bug 🤞🏻

It’s not clear why the classic mini-map would be taken out of custom games. For competitive players, having a regular mini-map is almost a requirement, as those matches are extremely tactical and require players to have as much information as possible.

Infinity Ward has yet to comment on the removal of the setting from custom games. Of course, the developers never officially stated the setting would be there at all either, since the setting found in the beta was due to a leak. We’ll have to wait and see if this was intentional on Infinity Ward’s part or if this is simply a bug that will be fixed in a future update.