The best PC settings for Call of Duty: Modern Warfare 2

The best PC settings for Call of Duty: Modern Warfare 2

Get the most out of your PC in MW2 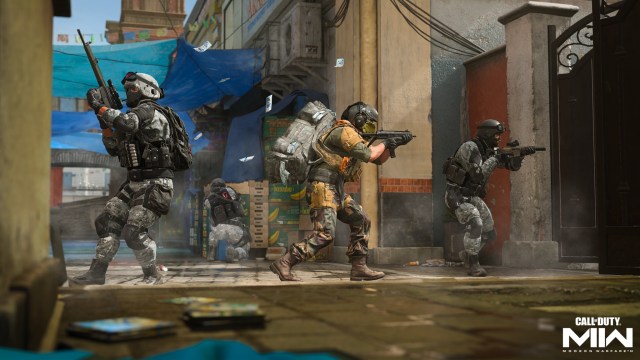 Call of Duty: Modern Warfare 2 multiplayer is now out for every player on all systems to play. In recent years, more and more Call of Duty players have made the move to PC from either PlayStation or Xbox. With PCs becoming more mainstream recently and the Call of Duty League playing on PC instead of console, the community is more split than its ever been. While this doesn’t change anything from a gameplay perspective, navigating the PC settings of Modern Warfare 2 can be daunting for even the most grizzled member of the PC Master Race.

Any player on PC wants to have the highest possible frames per second. In order to achieve a high FPS, players will need to tinker with their settings at some point. Even changing one setting’s value can completely alter a player’s FPS, so each setting is important. Below, we will list out every PC setting in the “Graphics” menu of Modern Warfare 2. Players can choose to copy these settings exactly or change some, but they should see an improvement regardless in FPS after they’re done.

We’ll list the graphics settings by their individual menu with MW2. These settings should work for any player with at least the minimum specs for MW2 on PC, but they’re more tailored towards players with a mid-range to a high-end computer.

If players are still struggling to achieve their desired FPS with these settings, they can turn down any setting’s value to “Low” or “Off.” This should dramatically improve performance at the cost of graphical fidelity. Players can also tinker with Nvidia Image Sharpening (DLSS) in the settings if they have an Nvidia GPU.

We found that using Fidelity CAS is a great alternative, but players can use DLSS and set it to “High Performance” if they’re really struggling with FPS in Modern Warfare 2. Of course, this will make players’ games look much worse, so use this as a last resort. In contrast, Fidelity CAS makes your game look much sharper and doesn’t cost much FPS.