The best P90 loadout in Call of Duty: Warzone Season 5

The best P90 loadout in Call of Duty: Warzone Season 5

A classic weapon gets a buff in Warzone 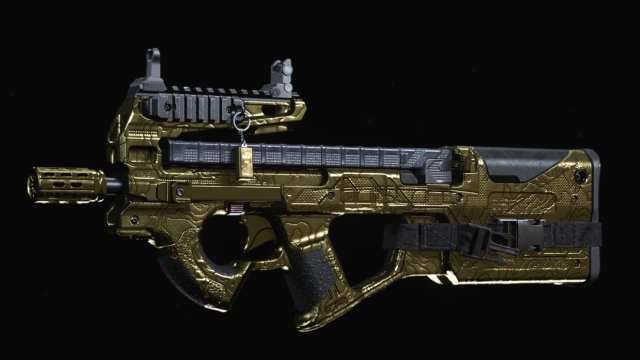 Provided by Activision The gun model for the P90 in Call of Duty: Warzone.

Raven Software continued their recent trend of buffing old Modern Warfare weapons with the Season 5 update in Call of Duty: Warzone. In addition to guns like the Grau 5.56, Fennec, and others receiving a buff, the P90 submachine gun was also the beneficiary of some improved stats. This buff has caused the Warzone player base to re-equip the P90 on their classes, and some are wondering what the best loadout for the SMG is in Season 5.

The P90 is a classic Call of Duty weapon, appearing in multiple titles over the franchise’s nearly two-decade-long history. However, after the initial wave of popularity in Warzone, the P90 stopped seeing a ton of attention from players. Despite its large base magazine and solid mobility and fire rate, players opted for other submachine guns, such as the MP5. While there are definitely stronger SMGs in Season 5 of Warzone, the P90 can absolutely compete with any other gun in its class thanks to its recent buff.

The exact buffs for the P90 are as follows:

Two of these are substantial buffs to the P90’s damage profile. The devs did nerf the gun’s mid damage range by a meter or so, but the other two buffs make up for that. With these buffs, and the gun’s top loadout, players will be able to kill slightly faster at close to medium range.

With this loadout in place, players see a jump in mobility as well as recoil control and damage range. All of these stat boosts make the P90 much more viable in close and medium range, which is where players should be taking gunfights with this SMG. Anything beyond medium range and players will find themselves only getting hitmarkers for the most part.