The best Overwatch players of 2022

The best Overwatch players of 2022

Proper, Edison and smurf lead the best players of 2022 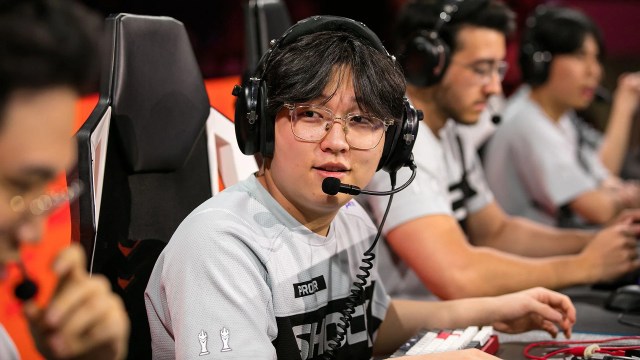 Provided by Activision-Blizzard. Proper, one the best Overwatch League players in 2022.

Overwatch League had a pretty epic year after some lackluster seasons. 2022 saw a rise in viewership and some incredible players, both veterans of the game and newcomers.

The Dallas Fuel populate the best Overwatch players of 2022

In no particular order, here are some of the best Overwatch players of 2022.

Heading into 2022, the Dallas Fuel were known as one of the best teams in the world, but with a huge weakness. They had no hitscan player in 2021, which led to their eventual downfall that season. Ahead of the 2022 season, their pickup for that role was Edison. He showed potential on the Atlanta Reign, but couldn’t lead them to a tournament win. When the Fuel put him in the starting lineup for early 2022, he proved the perfect pickup for the team.

It took some time, but it all proved worth it in the season playoffs, as he was arguably the team MVP throughout their entire playoff run on Sojourn.

With the shift to 5v5, one of the two Dallas Fuel tanks would have to take the reigns of the team. For 2022, Hanbin was not only consistently good but also had one of the highest floors for a tank player. He was instrumental to Dallas’ success throughout the season, as he got a majority of playing time over teammate Lee “Fearless” Eui-Seok. In fact, he was so good that he was in MVP contention (and yours truly voted for him).

The funny thing is that Hanbin took a backseat to Fearless in the season playoffs. Fearless won Grand Finals MVP, but Hanbin’s play over the entire year is what put him on this list over Fearless.

What more can be said about the most explosive Overwatch League rookie since Bang “JJonak” Seong-hyun? Proper is the only player to win MVP, Role Star, and Rookie of the Year in the same season. He also had one of the best performances in a loss ever in the OWL 2022 Grand Finals. The new player is one of the most flexible DPS players who can truly carry a team. Plus, Proper led the Shock to yet another successful season.

One of the most underrated players in the league got his feathers in 2022. Shu proved himself as one of the best supports in the league yet again. This was especially true on Baptiste, helping his team win two tournaments in 2022.

Despite the fact that the team didn’t have a great finish in 2022, Shu was still one of the bright spots, especially in a generally underappreciated role.

One of the biggest surprises of the year was the rise of the Hangzhou Spark, and AlphaYi was crucial to that. While we all knew the talent of players like Xu “guxue” Qiulin and Zheng “shy” Yangjie, this year was the rise of AlphaYi. He helped lead the Spark to a massive tournament win in the Countdown Cup, as well as a great run in the season playoffs.

Especially in the Eastern division of the Overwatch League, smurf proved himself as the prototypical tank that Overwatch 2 needs. When he joined the Dynasty in 2022 as their only tank player, that put all the pressure on him to perform all season long. Luckily enough, smurf kept his form from his previous seasons, helping lead the Dynasty to their first title.

Out of all the players who are on this list, this one might be the most surprising. While everyone knew how talented the Houston Outlaws were in 2022, with their best season to date, MER1T proved to be one of the best DPS players in the division. As a rookie, he quickly became a crucial player in the Outlaws roster and helped lead them to a third-place finish in the season playoffs.

Last but not least, Fielder of the Dallas Fuel has been nothing short of one of the best supports in the league since his debut for the Paris Eternal while on high ping. In 2022, as part of the Fuel, he helped lead them to three finals appearances in four tournaments, winning two of them. Plus, as the more experienced player of their support line, he was crucial in keeping the team consistent as the metas shifted and the teams around him changed.