The best of worlds 2021 semifinals: EDG are trying their best, ok? -

The best of worlds 2021 semifinals: EDG are trying their best, ok?

The Worlds 2021 semifinals were full of memorable moments, but consider sippy cups for finals 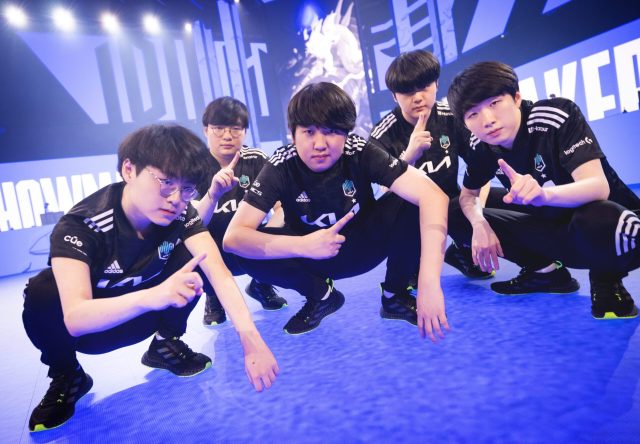 Compared to the quarterfinals, the 2021 League of Legends World Championship semifinals produced some of the most exciting and nail-biting games in the entire tournament, by far. Maybe that’s because both best-of-fives went the full distance, or maybe literally anything is more exciting than the three 3-0 sweeps seen in quarters. Either way, with high stakes at play in both semis matchups between DWG KIA and T1 and Gen.G and Edward Gaming, fans got a major treat watching Worlds 2021’s top-four teams push each other to their absolute limits.

It’s only semifinals and some are already calling this Worlds one of the best compared to recent years. But before we gear up for finals on Nov. 6, let’s take some time to recognize some of the best moments, plays and players from the Worlds 2021 semifinals.

Yes, Gen.G lost and are now out of the tournament, but people didn’t even expect them to escape their group, let alone make a full push to the semifinals — and they wouldn’t have gotten there if Bdd hadn’t had one of his best all-time international performances.

Bdd is the type of mid laner who easily gets pigeonholed into the “enabler” or “supportive” player narrative because of the role he typically plays on his teams as a secondary carry. Going into Worlds 2021, most fans were only familiar with his ability to hard carry on his pocket picks, like Azir and Zoe. But he flexed his muscles in a massive way at Worlds 2021, and Zoe was pick/ban almost anytime Bdd played.

Flanked by one of the greatest bot laners in the World in Park “Ruler” Jae-hyuk, Bdd evolved throughout the group stage and quarterfinals to show everyone just how consistently he can lead his team to victory as a main carry. His series of early roams against EDG in game three were a major reason Gen.G brought the series to match point before ultimately losing two back-to-back games and dropping out of the tournament.

It seriously cannot be understated how impactful Jang “Ghost” Yong-jun’s Ziggs ult was in game five between DWG KIA and T1. In a five-game series with everything to lose, his clutch situational awareness to catch T1 members with their pants down mid-reset and pick off jungler Moon “Oner” Hyeon-joon quite literally won DWG KIA the game.

In 2018, Cloud9’s Dennis “Svenskeren” Johnsen coined the “water pause” after spilling his drink not once, but twice during the team’s run at the tournament. Today, history repeated itself when both EDG’s Zhao “Jiejie” Li-Jie and Gen.G’s Kim “Clid” Tae-min spilled water on separate occasions during the series. Guess it’s just a jungler thing.

“‘Making EDG fans watch EDG games’ really needs to be classified as a form of torture by the International Court of Justice,” Gbay said in reaction to the hectic back-and-forth of today’s series.

Unfortunately for fans of the League of Legends Champions Korea, both Gen.G and T1 will head home from Iceland after valiant efforts throughout Worlds 2021. Gen.G defied doubters heading into the tournament by not only finishing atop their group, but putting on dominating performances throughout the knockout stage. For T1, Lee “Faker” Sang-hyeok and their band of rising LCK stars, it means missing out on a shot at winning a fourth championship for the org.

Yet the stage for the Worlds 2021 grand finals is officially set. Reigning champions DWG KIA stand waiting for EDG to make an attempt at snatching the Summoner’s Cup from their clutches on Nov. 6.