A forgotten gem in Warzone 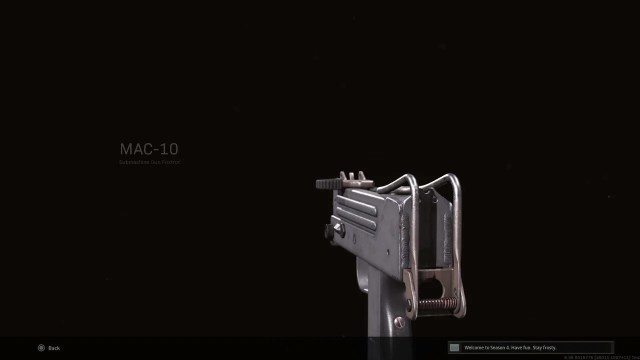 Provided by Activision The gun model for the Mac-10 in Call of Duty: Warzone.

While the current version of Call of Duty: Warzone will soon be replaced, players still have a month to play before Warzone 2 arrives. During this time, players have found themselves going back to older weapons to either experience some nostalgia or find hidden gems that might not be as popular as other guns in Season 5. Over the last couple of weeks, the Mac-10 from Cold War has seen a bit of a resurgence in popularity. The Mac-10 has always had a strong loadout in Warzone, but it’s been replaced by other weapons as of late. While SMGs like the RA 225 might have stolen some of the Mac-10’s thunder, this compact SMG can still make some noise in the last month of Warzone.

To see the full loadout for the Mac-10 in Warzone Season 5, keep reading below.

This Mac-10 loadout is primarily focused on improving every pertinent stat for the SMG. The first two attachments on the loadout allow the MAC-10 to increase its already great damage range. The 5.9″ Task Force barrel improves overall damage while the Sound Suppressor reduces recoil, boosts muzzle velocity, and keeps players off of the radar when firing.

Following that, the Field Agent Grip helps with recoil control, both horizontal and vertical, and allows the SMG to be more controllable in medium-range gunfights. Closing out the loadout is the SAS Combat Stock, which increases movement speed and ADS speed. This attachment is vital for players who want to use the Mac-10 solely in close-quarters gunfights. Finally, the STANAG 53 Rnd Drum also ensures that players don’t run out of bullets too quickly in a longer gunfight.

The Mac-10 might not be as popular as it once was, but its top loadout can still be quite effective in the final days of Warzone.