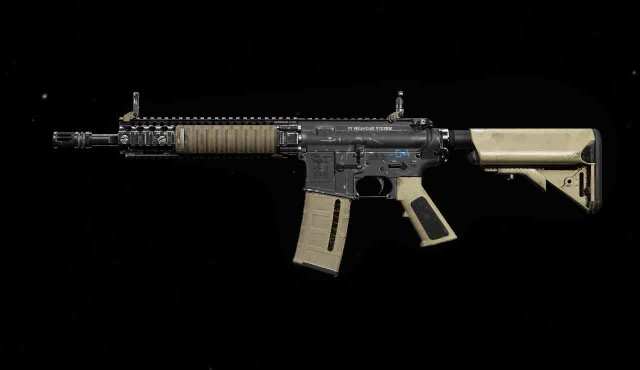 Provided by Activision The gun model for the M4A1 in Call of Duty: Warzone.

As with many other weapons currently inhabiting Call of Duty: Warzone, the M4A1 will return in Modern Warfare 2 and Warzone 2. While it’s called something different and looks slightly more modern, the M4 will be close to how it currently is in today’s Warzone. As such, players might want to start looking at the M4 and other guns from Modern Warfare (2019) to prepare for the next era of COD. To do that effectively, players can use the best loadout for the M4A1 in Warzone.

To see the full loadout for the M4A1 in Warzone Season 5 Rloaded, keep reading below.

Veteran players will immediately recognize the M4A1’s best loadout, as it’s remained the same over the two-plus years of Warzone. However, some players with less experience might need a refresher on what attachments they should be running on the assault rifle.

The top loadout for the M4A1 has not changed since it originally broke into the meta of Warzone back in the original Season 1. The loadout makes great use of the M4A1’s range and accuracy, boosting these stats to terrific heights. The Monolithic Suppressor and Commando Foregrip handle the recoil management while the Stock M16 Grenadier helps with damage range for any longer range encounters.

Speaking of long-range gunfights, the VLK 3.0x Optic is perfect for mowing down enemies beyond 20 meters. It’s also effective at shorter ranges, making it the preferred optic for the M4A1. Finally, the 60 Round Mags ensure that players won’t run out of bullets in the middle of a gunfight. The M4A1 is almost identical to its counterpart in Modern Warfare 2, so players can use it effectively to prepare for that game and Warzone 2.