An ever-popular assault rifle remains in the mix 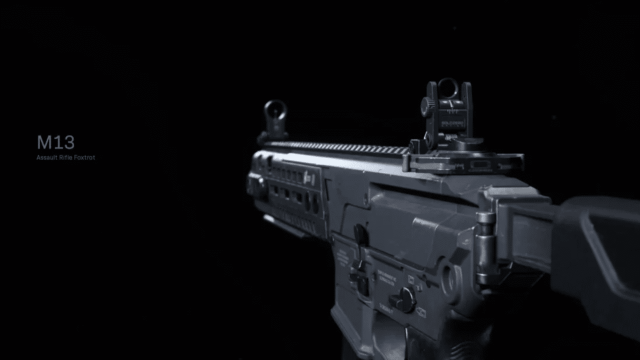 Provided by Activision The gun model for the M13 in Call of Duty: Warzone.

The M13 has been confirmed to be returning in Call of Duty: Modern Warfare 2, albeit under a different name. This also means that the M13 will be coming to Warzone 2, which means current Warzone players might want to prepare for that by using the current version of the assault rifle. The M13 from Modern Warfare 2019 has been a popular AR in the battle royale since it was originally introduced. Veterans of the game will recognize the loadout for the M13 right away, primarily since it hasn’t changed in quite a long time.

To see the full loadout for the M13 in Warzone Season 5, keep reading below.

While players might want to try out some new attachments on the M13, there is a defined loadout that works best in Warzone. These attachments have been in place for over two years, and it’s for a good reason. They allow the M13 to compete with the newer assault rifles in the game and boost all of its stats in the process.

The popular Monolithic Suppressor kicks off this loadout. This muzzle suppresses shots, improves recoil control, and boosts bullet velocity. It’s followed by the Tempus Marksman, which also boosts recoil control and bullet velocity. Players will see a decrease in their overall mobility using these attachments, but the M13 is mainly a long-range weapon. Players should equip a fast SMG as their secondary to deal with any enemies at close range.

Rounding out the loadout are three supporting attachments. The VLK 3.0x Optic gives players a solidly zoomed scope and the 60 Round Mags give players more than enough bullets to fight more than one enemy. Lastly, the Commando Foregrip further reduces recoil control to create a virtually recoil-less weapon. This M13 loadout in Warzone gives players a way to compete with enemies while also preparing for the arrival of MW2 and Warzone 2.