A versatile weapon in MW2 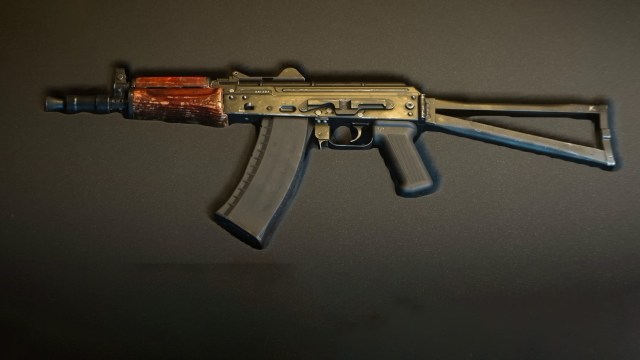 Provided by Activision The gun model for the Kastov-74u in Call of Duty: Modern Warfare 2.

Out of all of the weapons in Call of Duty: Modern Warfare 2 multiplayer, arguably the most versatile of the bunch is the Kastov-74u.

Many veterans of COD know the 74u to be a submachine gun, as this is what is has been classified as since Black Ops 1. However, in MW2, the 74u is classified as an assault rifle. It’s unclear exactly why this change was made, but players have found that despite its classification, the Kastov-74u actually makes for a solid SMG. That said, the 74u can also be a terrific AR. Because of this versatility, the Kastov-74 has some different loadout options in Modern Warfare 2.

Early on, players have seemed to lean more towards using the Kastov-74u as a submachine gun. The gun has great mobility and fire rate, which are usually stronger traits for an SMG than an AR. Although, with the 74u, players still retain its strong damage range and recoil control from its AR classification, giving players the best of both worlds. Thanks to these stats, players can design the Kastov-74u as an SMG but still use it like an AR in some situations.

Of course, to achieve this versatility, players need to use the gun’s strongest loadout, which has been designed by professional players.

As players can see from this loadout, which is currently being used by Anthony “Shotzzy” Cuevas-Castro of OpTic Texas, mobility is actually the stat that’s increased the most. The Merc Foregrip, Shottac 330mm, and VLK Stockless stock both provide a large boost to mobility. The loadout also increases recoil control so players can use the Kastov-74u at longer ranges.

Whether players want to play up close or at a distance, this Kastov-74u can deliver solid performance in Modern Warfare 2.