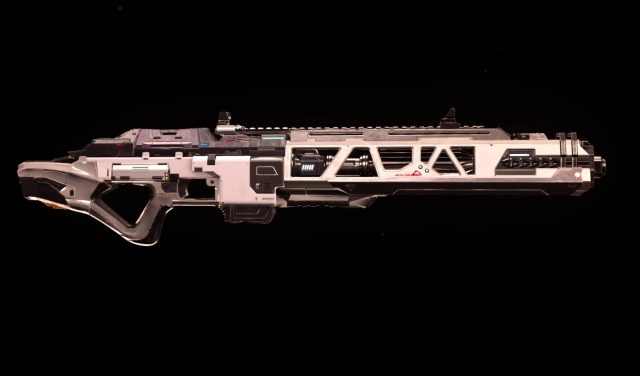 Provided by Activision The gun model for the EX1 in Call of Duty: Warzone.

There were a number of weapons to receive a buff in the recent Call of Duty: Warzone Season 5 Reloaded update. From the CR-56 AMAX to QBZ-83, the weapon meta looks slightly different thanks to the newly buffed guns. One of the guns to receive a buff in the update was the EX1, which arrived in Warzone via the initial Season 5 update in August. Upon its release, the EX1 was considered fairly weak compared to other assault rifles. The only reason it saw much use was due to its gimmick, which is that it uses a laser instead of bullets. With its new buff, though, some players might be equipping the EX1 for the first time, which means they’ll need its best Warzone loadout.

As mentioned earlier, the EX1 shoots a laser instead of bullets. This can be quite jarring at first, since players need to adjust to shooting one straight line instead of dozens of bullets. However, after a few games, players should become accustomed to the way the EX1 works. By that point, players should also have most of the EX1’s best attachments unlocked so they can begin equipping its strongest loadout.

To see the full loadout for the EX1 in Warzone Season 5, keep reading below.

The majority of attachments on this loadout are aimed at increasing the EX1’s recoil control and stability. The first four attachments, excluding the optic, all accomplish this in one way or the other, as does the Hatched Grip. Then, players can use the DIM X-Circuit Battery magazine and the Steady perk to give the EX1 a slight mobility boost. While it might not be as strong as other ARs in Warzone Season 5 Reloaded, the EX1 is right up there on the edge of the meta.