The best Diamatti loadout in Call of Duty: Warzone Season 6

The best Diamatti loadout in Call of Duty: Warzone Season 6 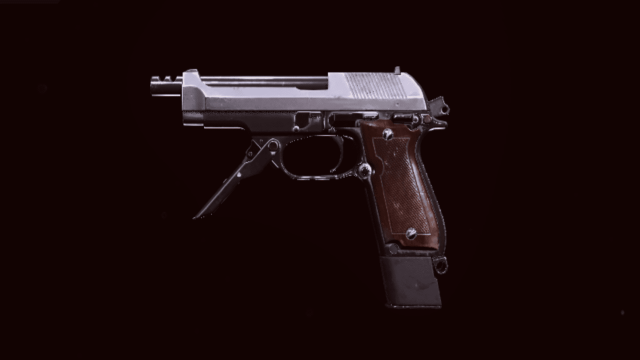 Provided by Activision The gun model for the Diamatti in Warzone.

Despite many players choosing to run two primary weapons in Call of Duty: Warzone, there’s still room for traditional secondary weapons. Whether players want to run a Ghost loadout or feel more comfortable with secondaries, there’s an audience for these kinds of weapons. Perhaps the best option that these players can choose is the Diamatti pistol, which has a terrific loadout in Warzone.

The Diamatti is a three-round burst pistol that comes from Black Ops Cold War. It’s been a steady and reliable option in Warzone for months, featuring a high damage output and great range for a pistol. However, there are certainly ways to improve it in Warzone and it all starts with its loadout.

The biggest characteristic that the Diamatti has going for it is its damage at close-range. According to YouTuber JGOD, the Diamatti has one of the fastest time-to-kills in close-range out of every weapon in Warzone. This means that if players can hit their shots with it, the Diamatti is sometimes a better option than a regular SMG up close. Of course, players need to equip its recommended loadout to reap these rewards.

For damage range purposes, the 7.2″ Reinforced Barrel is all players need. It increases that stat and also bullet velocity. The latter stat is also boosted by the Sound Suppressor along with ADS and sprint-to-fire speed.

In terms of mobility, the Diamatti is already strong in the area but could use some additional help to make it even quicker. The SOF Target Designator improves hip-fire accuracy while the Serpent Wrap increases ADS speed drastically. Finally, the STANAG 30 Rnd is an essential attachment to ensure that players have enough bullets to take out multiple enemies in Warzone.

This Diamatti loadout is a perfect option for players looking to use a strong secondary weapon on their classes.