The best assault rifles to use in Modern Warfare 2

The best assault rifles to use in Modern Warfare 2

The top three ARs in multiplayer 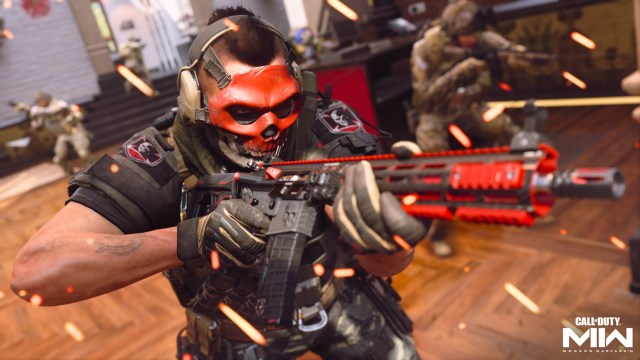 As with most Call of Duty titles, the assault rifles are the best overall weapons early on in Modern Warfare 2. Traditionally, assault rifles are the easiest weapons to use, as they often don’t feature much recoil and can kill quickly in multiplayer. The same can be said for a majority of the ARs in MW2, with one exception that will remain nameless (the M16). Aside from that nameless gun, every AR has its advantages. However, there are a few of them that stand above the rest.

In this guide, we will be showcasing our picks for the top three assault rifles in MW2. While this list is subject to change after the first weapon balancing update on Nov. 16, these three assault rifles are currently considered to be the best in Modern Warfare 2 by the professional and casual communities alike.

We’re just going to get this one out of the way quickly. Simply put, no other gun in Modern Warfare 2 can currently match the Kastov-74u. It’s been banned by pro players in the CDL and competitive tournament websites because it’s so powerful. Players have the ability to two-shot players with a headshot and have no recoil when doing so. The 74u is one of the only truly overpowered guns in multiplayer, and we have a strong feeling it’s in line for a nerf when Season 1 arrives.

It wouldn’t be a Modern Warfare game without the M4 in the top three assault rifles. In MW2, the M4 is as strong as ever, being the preferred option for many professional players. It has virtually no weaknesses outside of slower mobility compared to SMGs. The M4 is accurate, deadly at any range, and mobile enough to take down any other weapon. We don’t predict a huge nerf, if any, for the M4 will arrive with Season 1, so it could be the number one AR very soon.

There was some debate over this third spot, with the STB 556, Kastov 762, and TAQ-56 all being in consideration. However, we’ve decided to go with the STB 556, as we feel it’s the best overall option of the three. Like the Kastov-74u, the STB has been banned by pro players because of how strong it is. The STB has no recoil, terrific iron sights, and a damage range that can kill an opponent at any distance within half of a second. Try this AR out immediately if you haven’t already.

As mentioned above, the two honorable mentions we have are the TAQ-56 and Kastov 762. Both are fantastic ARs that could have easily found themselves in the third spot on this list. The TAQ-56 is more of a long-range AR while the Kastov 762 can be used at virtually any range with great effectiveness.