The best AS VAL loadout in Call of Duty: Warzone Season 4

The best AS VAL loadout in Call of Duty: Warzone Season 4

This Modern Warfare weapon has a new loadout in Season 4 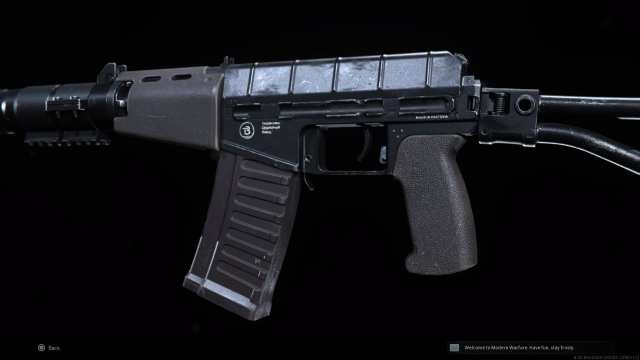 Provided by Activision The gun model for the AS VAL in Warzone.

The numerous weapon changes in Season 4 of Call of Duty: Warzone have enabled some less popular guns to move to the forefront. While some of these weapons haven’t receive changes, they’re still more than viable in Season 4. This includes the AS VAL assault rifle, which, with the right loadout, boasts one of the fastest time-to-kills in all of Warzone.

Featuring extremely high damage, the one major tradeoff that AS VAL users must deal with is a small magazine. It doesn’t have the ability to stack dozens of bullets in each clip. This means that players must pick their gunfights wisely. However, there is a way to increase the AS VAL’s magazine while keeping its other strengths intact. In doing this, players have created the recommended loadout for the AS VAL in Season 4.

Best AS VAL loadout in Warzone

Like most other assault rifles in Warzone, the AS VAL is built for medium to long-range encounters. Though it can handle itself in close-range scenarios, a powerful submachine gun or shotgun will outgun it most of the time. With this in mind, the recommended loadout for the AS VAL in Warzone mostly utilizes attachments that are made for gunfights beyond 15-20 meters. Of course, this doesn’t mean close-range encounters have been completely neglected either.

Right off the bat, players will notice that there’s no optic. The AS VAL loadout in Warzone features clear enough iron sights so that an optic isn’t necessary. This opens up an attachment slot for the extra magazine attachment. In this case, this is the basic 30 Round Mags. It’s not nearly as much as other rifles but it’s more than the AR starts out with.

The rest of the AS VAL’s loadout comes down to managing recoil and boosting damage and mobility. The VLK Strelok and Merc Foregrip excel at managing recoil and the Stippled Grip Tape accomplishes the latter by increasing sprint-to-fire time. The VLK 200mm Osa barrel manages the former by boosting damage range and bullet velocity as well. The barrel also comes with a built-in Monolithic Suppressor, rounding out the AS VAL into a dominant weapon in Season 4 of Warzone.