The AK74u is still prevalent today 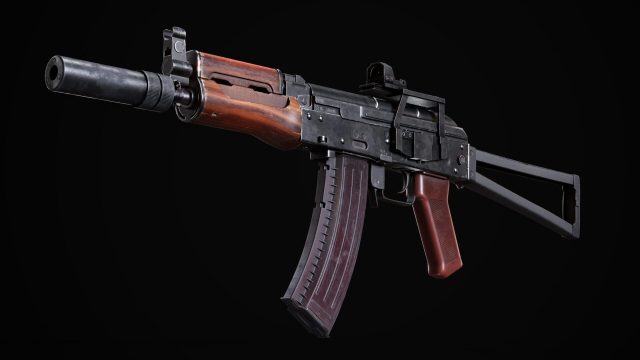 Provided by Activision The gun model for the AK74u in Call of Duty: Warzone.

The AK74u is one of the several current Call of Duty: Warzone weapons that will be returning in Modern Warfare 2 and Warzone 2. In preparation for the next era, players have been giving it special attention in Season 5 Reloaded.

If players want to partake in that, they’ll find that the 74u is actually a strong and capable SMG. This is especially true when players use the best loadout for the AK74u in Warzone.

The AK74u is not as strong as the top submachine guns in Warzone, but it can absolutely compete with them. The base stats for the 74u are relatively strong, but can be heavily boosted using the gun’s recommended loadout. The loadout will increase damage range, recoil control, and mobility above all else.

The loadout starts out by drastically increasing damage and range, with the GRU Suppressor and 10.3″ Task Force barrel both upping the stats. The GRU Suppressor also adds suppressed fire while both of the attachments increase bullet velocity as well.

In terms of non-lethal attachments, players will also need the mobility that SMGs are known for. The Tiger Team Spotlight increases the player’s ADS time with the gun and the Bruiser Grip increases overall movement speed. This allows players to be a little quicker on the map and utilize the AK74u to the best of its ability. The final attachment is the 40 Rnd Drum to give players some extra bullets in each magazine so they don’t have to reload as often when fighting multiple enemies.

The AK74u returns in MW2, but for now, players can use its best loadout in Warzone to get a solid feel for the weapon and perhaps win some games in the process.