Teamfight Tactics is the biggest strategy game in the world, according to Riot Games

Teamfight Tactics is the biggest strategy game in the world, according to Riot Games 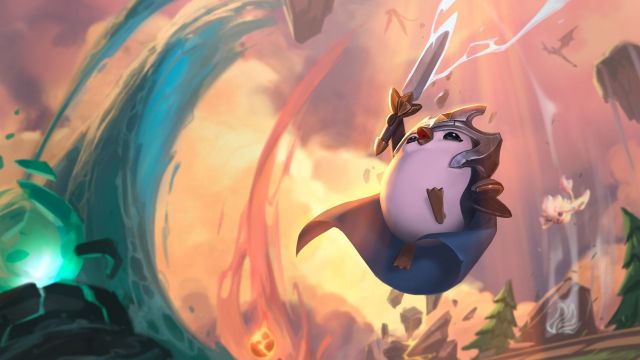 Provided by Riot Games Pengu has done it, TFT is the number one strategy game in the world.

It’s no surprise that Riot Games’ first actual game outside of League of Legends has been a smash hit. Nearing its four-year anniversary, Teamfight Tactics has been a staple in the strategy game market with millions of daily active players. But in a recent interview with Travis Gafford, it was revealed that TFT has recently taken the throne.

According to President of Esports John Needham, TFT is “the number one strategy game in the world right now,” beating out many other popular strategy game titles like Starcraft and Hearthstone. In the interview, Needham didn’t mention exact player counts or metrics but said that with the game being accessible on mobile and PC globally, people “would be shocked” with the number of players the game has right now.

The last time there was an update given by Riot when it came to metrics was back in a 2021 “Dev Drop” video when Lead Designer for TFT Stephen “Mortdog” Mortimer said that TFT had over 10 million daily active players but apparently the number has grown significantly since to claim as the number one strategy game in the world.

A new format, the largest prize pool yet, and… DRAGONS! 🐉

Tune in to the TFT Dragonlands Championship, November 18 – 20, starting each day at 2AM PDT. 📅

In the interview with Gafford, Needham reiterated the direction TFT is planning to take in the esports department. As previously reported by Upcomer earlier this year, TFT will be looking to pivot to a more participation model for TFT esports instead of a viewership one that games like League and VALORANT have.

Needham directly mentioned one of TFT’s competitors in the strategy game scene, Magic The Gathering as inspiration for what participation-focused TFT esports looks like. This means more open qualifier tournaments where anyone can enter regardless of skill level.  The current esports model is more invitational focused with only a select few high-ranking players being able to play in the official TFT esports tournaments each season.

This news all comes out right before the eighth TFT expansion, Monsters Attack! is set to release. TFT Set 8 will look to continue TFT’s reign on top of the strategy game throne when it hits the live servers in early December.