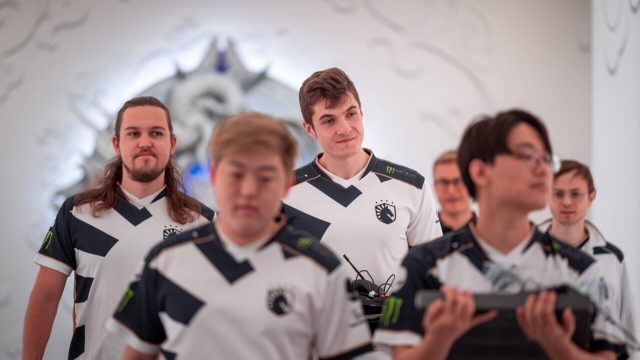 After a promising start to the day with a solid victory over LNG Esports in their second round-robin opener, Team Liquid have been eliminated from the 2021 League of Legends World Championship following a loss to Gen.G in a tiebreaker match to end their trip to Iceland. Liquid are the first team knocked out of Group D and are no longer able to make a push for the quarterfinals. With their win, Gen.G qualified for the knockout stage.

LNG Esports went into the second round-robin with a leg up over their European and North American counterparts with a 2-1 record. But going into their last match against the MAD Lions in the regular group stage, the European first-seed ran over them. Then, in their following tiebreaker rematch, LNG couldn’t grab that must-win victory to end their trip to the volcanic island nation. They leave the Worlds 2021 stage alongside Team Liquid

Team Liquid were never supposed to make it out when making a power ranking of the teams in Group D, but out of all four groups, theirs was perhaps the closest in perceived team strength. This  gave them a much higher likelihood on paper to advance than the other two teams from their region. Alas, at the end of the group stage, they had enough wins to force a tiebreaker with their 3-3 record — the signature Liquid Worlds record — but they failed to win that final match against Gen.G.

Team Liquid came a long way from earlier this year, facing health issues and substitutions in both the top lane and jungle, as well as a coaching and staffing change in summer. In fact, the team fell so far down in the middle of the summer season, they were considered the sixth best team in the League Championship Series for a small portion of the split.

They were able to pull everything back together just before playoffs, however, and almost made a run straight to the top, but ultimately fell short against 100 Thieves in the LCS Finals and went to Worlds 2021 as the NA second seed.

Unfortunately for them, they lost the tiebreaker, unable to close out the tournament and escape groups. They’ll return home with seven games at Worlds 2021, one more than they’ve ever gotten in the past. That’s… something, right?

LNG unable to close it out

If LNG Esports had just won their final game against a floundering and desperate MAD Lions, they would have secured the first seed in their group and advanced without the need for a tiebreaker match. But they didn’t, and their last two group stage matches against the European giants were the two final nails in the coffin that sent LNG back home.

Overall, the League of Legends Pro League representatives struggled in the Worlds 2021 group stage, with only two of the four teams making it to the bracket stage next weekend. LNG started off with a 2-1 record in their first round-robin, but they had some uncharacteristically weak performances in their second set of games. In particular, Xie “icon” Tian-Yu got picked on relentlessly in their losses, and Hu “Ale” Jia-Le and Lee “Tarzan” Seung-yong were unable to find the leads that they normally do to create advantages for the team.

In their tiebreaker match, the team looked reinvigorated, with an incredible early game that garnered a huge gold lead that should’ve given them the momentum to secure their ticket to the knockout stage. But thanks to MAD’s impeccable teamfighting and late-game decision-making around objectives, they took down LNG to keep the hopes of European fans alive.

As their region’s fourth-seed playing against a first-seed and two second-seeds, it’s not surprising that LNG would fail to advance to the knockouts, but given their proximity to locking in a first-place position going into their last group stage match, the team will be kicking themselves for losing out on their best opportunity to continue their Worlds 2021 run.