After running the duelist on Omen, Sayaplayer returns to T1 a massively improved player 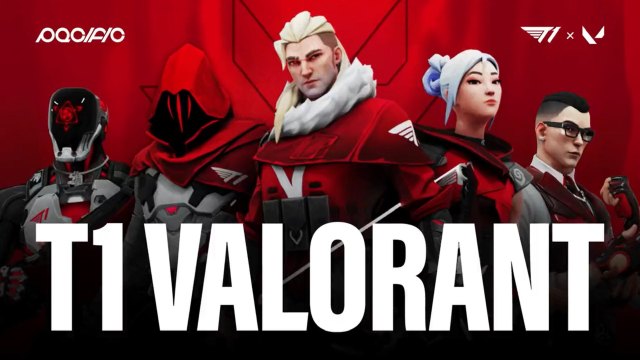 Popular Korean esports organization T1 has revealed their starting roster for the VALORANT Champions Tour 2023 season. After revealing and keeping three players earlier in the year, the final two players’ signings have confirmed their starting five. Most notably, former T1 player Ha “Sayaplayer” Jung-woo returns to the Pacific scene after time away playing in North America. As per league rules, T1 has yet to announce their sixth player, a substitute.

This is #T1VALORANT Pacific! 🇰🇷🌊✌🏻
Expect the unexpected, always.

Sayaplayer and BeomJun round out the T1 roster

After moving from the NA circuit back to the organization’s Korean homeland, the roster made some significant changes. After a trade with Cloud9, the team acquired star Korean player Son “xeta” Seon-ho alongside Korean head coach Yoon “Autumn” Eu-teum. Both had success on Cloud9, most notably winning the 2021 NA Last Chance Qualifiers to make it to Champions that year.

Not too long after, former Crazy Raccoon player Byeon “Munchkin” Sang-beom added another Korean to the roster. This was before franchising was announced and only added to the idea of T1 returning to the Korean VALORANT scene. Three months later, a transfer from NA team Knights brought American player Joseph “ban” Seungmin Oh onto the roster. As T1 acquired their spot in the Pacific region, this ended up being the only import signing on the roster; a player from outside their region that the league only allows one of per team.

The two latest signings that finish the starting five are Sayaplayer and BeomJun. Sayaplayer made a name for himself in 2022, joining NA team The Guard after a tough time on T1 in Korea. He was moved quickly into a duelist role that suited him well, helping The Guard reach a Stage 1 Challengers championship. Despite the struggles he had afterwards, he proved himself capable of performing among the best in the world. Now, he returns to T1 and to his home country of South Korea to compete against the best. As for BeomJun, he joins T1 with something to prove, not with an extensive history like some of his teammates.

Looking at the construction of this roster, everyone has something to prove. Both xeta and head coach Autumn are looking to prove that they weren’t the issues that led to a disappointing 2022 season from Cloud9. Munchkin, after having a great 2021 season and helping his team reach Champions, had a slower 2022 season, so he is looking to prove that he can help lead another team to Champions once again.

Now, it’s time to see if this roster of Korean stars with pasts in NA and local talent can make their name on T1 from 2023 onwards.