Each participating organization got just short of $600,000 from the Champions bundle revenue split 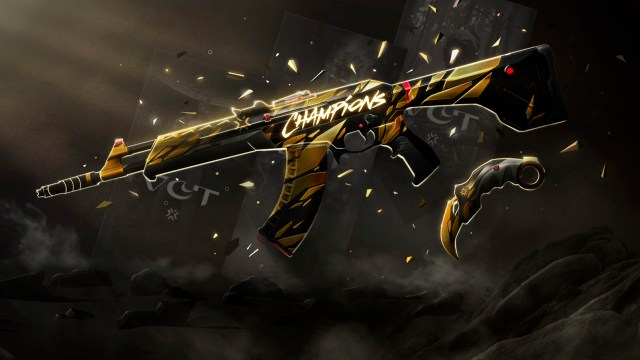 Provided by Riot Games Developer Riot Games gave teams autonomy over how they decide to split their share of the revenue from the Champions bundle between the organization and the players.

Riot’s Champions Collection, announced Nov. 23 ahead of the finale of the VALORANT Champions Tour, provided a 50% revenue share with teams who took part in Champions, according to sources. The participants’ portion of the revenue from the VCT Champions skins, $9.36 million, was divided evenly among the 16 teams, sources said.

How teams used the VALORANT Champions skin money, however, depends on the organization. Some teams, sources said, split the $585,000 evenly between players and the organization; others gave players the majority, or teams the bulk of the money. The decision was left to each individual organization.

Here are some of the VALORANT Champions skins revenue splits according to sources close to the orgs.

Editor’s note: Other Champions participants Gambit Esports, Crazy Raccoon, Full Sense, KRÜ Esports and Vikings have been left of due to incomplete information.

Update 3/3/2022: A previous version of this article listed Team Secret’s split as 85% team/15% players. After further investigation, the correct figure is now listed instead.

However, Upcomer’s sources denied this. According to them, only the coach had an agreement for 10% while the players would still receive no part of the skin revenue — despite failed attempts to discuss the subject. Sources also said the organization has only responded after this story’s publication.

Aykut Sapaz
The beauty of esports lies in its power to replace your world and its worries, anger or fears, even for the shortest of moments. I want to make this power available to all who reach for it.