Those are some impressive KDAs 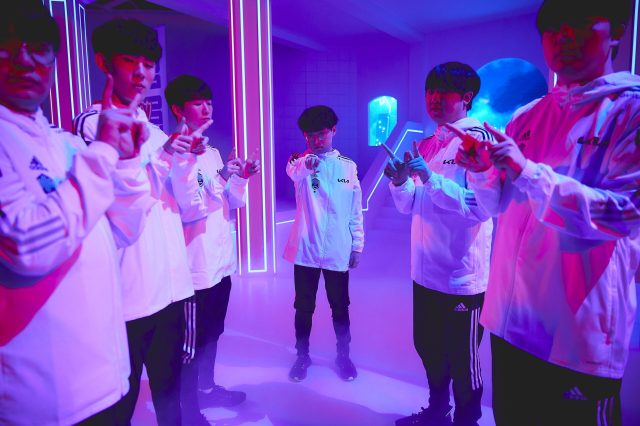 Provided by Riot Games ShowMaker ends the first half of Groups with a 35.0 KDA.

DWG KIA mid laner Heo “ShowMaker” Su and Edward Gaming bot laner Park “Viper” Do-hyeon will emerge from the 2021 League of Legends World Championship group stage’s first-round robin with a deathless record. ShowMaker’s current kill/death/assist ratio at the tournament is 35.0 while Viper’s sits at a modest 18.0, according to Oracle’s Elixir.

Trolling ShowMaker in solo queue might’ve seemed like an effective strategy from non-pro players on Europe’s ranked ladder at first, but it seems to have backfired. ShowMaker carried all of his tilt as best he could and left it on the biggest stage against the world’s best players.

He didn’t earn such an impressive KDA by sitting back and playing safe, either. Oracle’s Elixir shows his kill participation throughout the group stage sits at a whopping 72.9%, which is the second-highest of all mid laners at the tournament (right below Team Liquid’s Nicolaj “Jensen” Jensen). He’s certainly earned his role as main character in the Worlds 2021 anthem “BURN IT ALL down,” at this point.

In Viper’s case, he’s proven time and time again why many consider him to be one of the best bot laners in the world, and why he and Tian “Meiko” Ye are regarded as the best bot duo at Worlds 2021. In his final game of the first half of Groups against DetonatioN FocusMe, he finished with a scoreline of 4/0/6 on Ezreal.

Here are the champions that each player has played so far in the group stage:

DWG KIA will play out the second half of their group stage run on Friday for a chance to lock their spot in the Worlds 2021 quarterfinals. EDG will play the following day, on Saturday.