Report: Trent will re-sign with The Guard for VCT 2023 NA Challengers

Report: Trent will re-sign with The Guard for VCT 2023 NA Challengers

The Guard's breakout star is staying for 2023 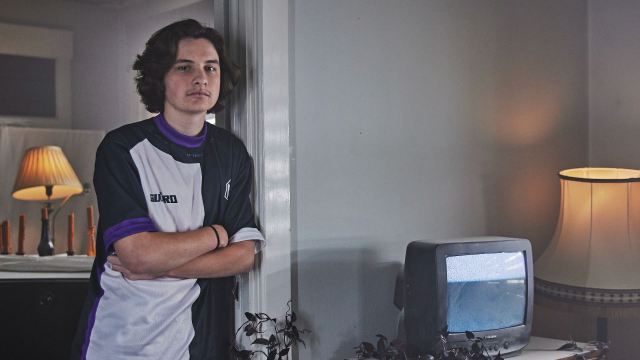 Provided by Riot Games. Trent, posing for a photo for VCT 2022 Stage 1 Masters.

According to a report from Dot Esports, popular free agent player Trent “trent” Carins is set to re-sign with The Guard for the VALORANT Champions Tour 2023 season. After joining the team and rising to star status quickly, trent was a big name free agent available to other franchised teams. Despite The Guard not making it to franchising, Trent will stay with the team that put him in the limelight.

The Guard is set to re-sign Trent to its VALORANT roster for the Challengers VCT circuit next year, multiple sources told Dot Esports. https://t.co/GnmMCrGkWo

Trent stays with The Guard

To put it lightly, Trent was one of the reasons The Guard went from a tier 2 competitor to the NA champions. Alongside talent like Ha “Sayaplayer” Jung-woo and head coach Matthew “mCe” Elmore, trent exploded into the NA VALORANT scene. As a flexible controller and initiator player, primarily known for his Sova and Skye, he made multiple plays that surprised fans of the NA scene. One of his most notable ones was from The Guard’s debut in the tier 1 NA scene, with this play against Luminosity Gaming.

This was one of many, as Trent helped The Guard stomp through the playoffs and beat OpTic Gaming to get the NA title. While The Guard didn’t have a great time afterwards, they were one win away from going to Champions in 2022, losing in the NA Last Chance Qualifiers to 100 Thieves.

After joining free agency, the report states that both Sentinels and Evil Geniuses were interested in picking up Trent. With both teams in franchising, this would mean Trent would play in the Americas league for 2023, but the deals fell through.

While Trent remains, the 2023 squad for The Guard will be notably different from their 2022 version. While not a roster change, head coach mCe joined Cloud9 alongside former The Guard assistant coach Mateja “qpert” Mijović (now as a player). Sayaplayer went back to the Korean VALORANT scene, re-joining T1 in their efforts for the Pacific region. Plus, the other three players of the starting five are inactive as of this report. There is a chance that Jonah “JonahP” Pulice, Michael “neT” Bernet and Jacob “valyn” Batio can return, but they also have the chance to seek other opportunities.

So, as of right now, The Guard need a new coaching staff and at least one new player to replace Sayaplayer. However, in terms of pure talent and star quality, their best player is staying. This is a good sign for the team, retaining talent like Trent despite the fact that they will play in the Challengers tier; having that strong foundation should hopefully lead them to success. Only time will tell if the new The Guard roster will make it back with Trent.