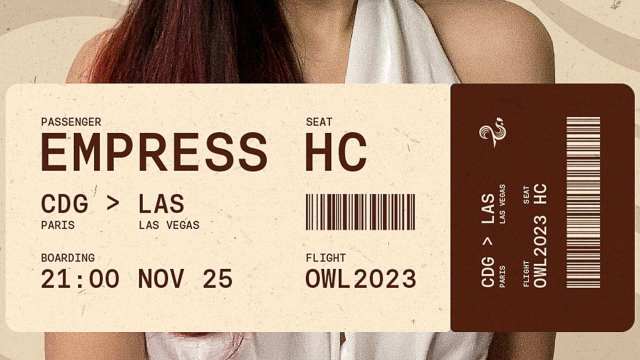 In midst of the Overwatch League 2022-23 offseason, the Paris Eternal have signed former Odyssey and Falcons Esport EU coach Diana “Empress” W. as their new head coach. This marks the first female head coach in league history, with Kim “AVALLA” Kyoung Ey as the only previous female coach in the league; she was an assistant coach and moved to management, which keeps Empress as the first female head coach. Empress will coach with Paris as the team transitions to their new Las Vegas home in 2023.

Flying with us to Vegas, Welcome @ihearteggtart as the new head coach of Eternal ♦ pic.twitter.com/vLgEhc1f9M

Empress’ path to the Eternal

Looking at her coaching history, Empress has had nothing but success in recent years. As mentioned, her recent times on North American Contenders team Odyssey have been very fruitful. She helped coach the team to multiple regional titles, most notably the North American B-Sides win over the powerful team Redbirds. Even beforehand, she coached for both Odyssey and Falcons Esport EU, leading them to regional success. In 2021, she helped coach teams in thirteen tournaments, reaching the finals with them eight times and winning six.

It’s fair to say that her track record speaks for itself in Contenders, so the Eternal are giving her a chance to lead an Overwatch League team to success.

As we’ve seen so far this off-season, lots of teams are restructuring their rosters heading into 2022. With rumors of Western teams looking to build mostly Western rosters, getting a very experienced Contenders coach with success in both North America and Europe is a good start. Now, it’s up to the team to pick up good talent and lead them to a more successful season than their 2022 year.

The good news is both this off-season and their rebranding into the Las Vegas Eternal gives the team a bit of a fresh start. We’ll have to wait and see if Empress can lead a comeback season for the Paris Eternal.