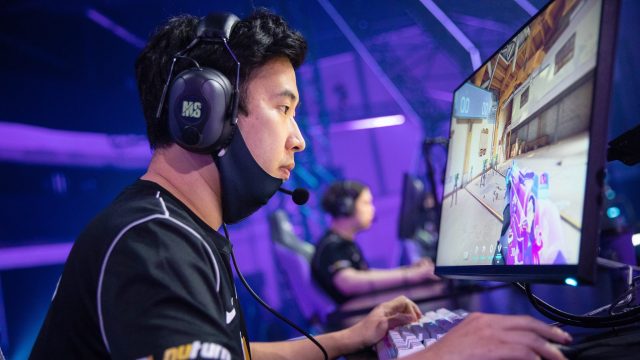 Provided by Riot Games Solo was a determining factor in NUTURN's success at Stage 2: Masters Reykjavík.

NUTURN Gaming’s Keun-chul “solo” Kang announced his retirement through Twitter today. The 33-year-old veteran player previously announced his intentions to retire after this year, but said he would step down sooner if his team found a suitable replacement. NUTURN did not find a replacement for the in-game leader and solo competed with the team throughout the entirety of the 2021 VALORANT Champions Tour season.

With NUTURN in VALORANT, solo made top eight at First Strike: South Korea and qualified for VCT Stage 2: Masters Reykjavík. He and his team did not qualify for the next international event in Germany and placed fourth at the Asia-Pacific Last Chance Qualifier, missing out on Champions.

“Hello. I am finish my professional player at NUTURN from CS, CS: GO, to VALORANT about 20 years. There were many difficult times, and I will retire with all the happy moments and good memories,” he shared in his retirement announcement tweet. “I would like thanks to the fans who have supported, believed [in] me for a long time.”

Hello.
I am finish my professional player at NUTURN from CS, CS: GO, to Valorant about 20 years.
There were many difficult times, and I will retire with all the happy moments and good memories.
I would like thanks to the fans who have supported, believed me for a long time.

Solo has competed across multiple tactical shooter titles including VALORANT, Counter-Strike and Counter-Strike: Global Offensive. His career began in the early 2000’s with Counter-Strike on e-STRO, WeMade FOX and redCode. He then switched over the CS:GO in 2016 and competed with MVP PK until he retired to compete in the Riot Games shooter.

In VALORANT, solo earned his team a spot at Masters Reykjavík. He led them through Stage 3 Challengers by defeating Vision Strikers and DWG KIA without dropping a map. The team then went on to place third at Masters Reykjavík after going into the lower bracket and losing to Fnatic 1-2.

Fans thought they had seen the last of solo after Masters Reykjavík, where a mistranslated statement made it seem like the veteran was leaving esports after the tournament. He quickly corrected the record and said that he would stay as long as the team needed him, but that retirement was on his mind.

I tried my best and as a team, we had a great experience to play in Masters. I never forget this experience. And i didn’t decide retirement yet. But the one thing i can sure, I prepare for next step to develop myself, and my retirement issues will be decide within June.

After that run, NUTURN Gaming changed around its roster and went under a rebrand. The team will now go into the 2022 VCT season without the veteran IGL.