The winningest player ever is headed north 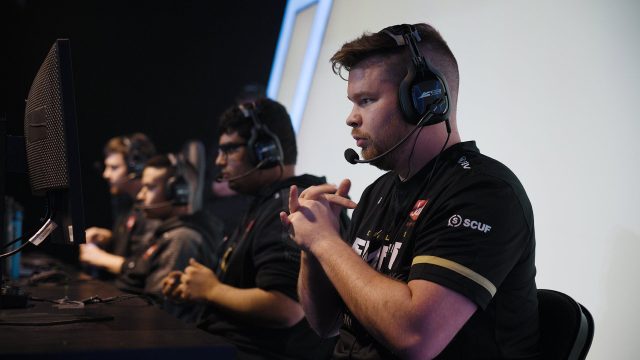 Provided by CDL Crimsix competing the for Empire on LAN.

After a storied tenure with the Dallas Empire, Ian “Crimsix” Porter, the winningest Call of Duty player ever, is signing with the New York Subliners. After New York lost Mackenzie “Mack” Kelly, their second AR player from last year, they needed a player to stick alongside James “Clayster” Eubanks. There was arguably no better choice than Clayster’s old teammate Crimsix.

Clayster and Crimsix have won one world championship together. They took home the win during the inaugural season of the Call of Duty League in 2020 with the Dallas Empire. However, perhaps their more famous tenure together was on the Complexity dynasty in Black Ops 2 and part of Ghosts. Clayster was dropped by Complexity before Crimsix went on to win Champs later in the year.

Now, the duo is back and New York has one of the scariest rosters heading into the 2022 season.

Crimsix signs with the New York Subliners for the 2022 season

Crimsix’s signing comes on the heels of New York announcing the addition of Travis “Neptune” McCloud. Neptune is coming over from the Florida Mutineers and slides in nicely alongside Paco “HyDRa” Rusiewiez in the SMG roles.

On the AR side of things, Crimsix and Clayster will once again man the heavy machinery together. They had great success with the Empire in the same roles. The pair also mentored two young players on that team in Indervir “iLLeY” Dhaliwal and Anthony “Shotzzy” Cuevas-Castro. The Subliners are now asking them to do the same with HyDra and Neptune.

Crimsix had an up and down year with Dallas in 2021. While the team came on strong at the tail end of the season, they didn’t take home an event win and had some roster controversy. A change of scenery could be all Crimsix needed to return to his winning form, though. He and the Subliners will find out if that’s true when the 2022 season begins.