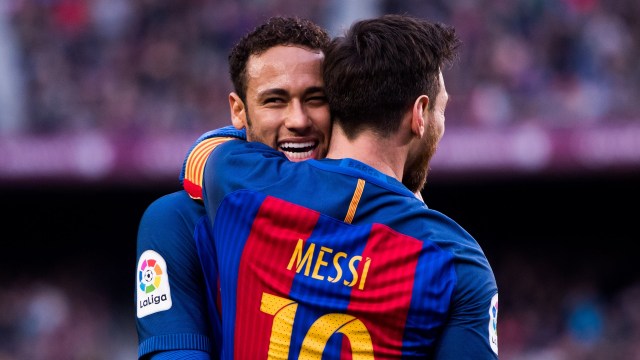 Provided by Getty Images Messi and Neymar have been teammates on Real Madrid and PSG.

Leaks for Call of Duty: Modern Warfare 2 have continued to roll in over the course of the last several days.

As the launch of the game draws closer and closer, insiders have begun revealing more and more information. Recently, we’ve heard that there will be an “all-time greats” map pack coming in 2023 along with Campaign DLC. However, a new leak will certainly triumph over that news for some players. According to a reliable source in the community, soccer/football stars Messi and Neymar will be playable Operators in Modern Warfare 2 at some point.

The leaker in question is @TheGhostOfHope, who is an extremely trustworthy insider who has accurately reported on dozens of leaks in the past. This time, they’re reporting that both Messi and Neymar will come to MW2 as Operators sometime in the future. The leaker also listed several other unreleased Operators for MW2, including Roze, Reyes, and more.

Some upcoming unreleased Operators for #ModernWarfareII

As with all leaks, it’s important to take the news with a pinch of salt. Plans can change on a dime at Activision and Infinity Ward, so fans shouldn’t get their hopes up yet. However, this leak does begin to make some sense when we think about the circumstances.

At the end of 2022, the FIFA World Cup will take place in Qatar. The first set of matches are slated to begin on Nov. 20, with the finals taking place on Dec. 18. Given that Activision has been more prone to crossover events in recent years (Terminator, Godzilla/King Kong/Attack on Titan, etc.), it seems plausible that a crossover with FIFA could occur. And there’s no better time to promote some of soccer/football’s greatest stars than when the World Cup is taking place.

The World Cup begins right around when MW2 will launch Season 1 (Nov. 16), which is also when Warzone 2 releases. If this leak is true and Messi and Neymar come to MW2/Warzone 2, shortly after Season 1 launches would be the most likely timeframe for Activision to begin this crossover event. It would be right in the midst of the World Cup and during a peak hype point for Call of Duty.

Of course, all of this is mere speculation as of right now. This is the first indication we’ve gotten that Messi and Neymar could come to Modern Warfare 2, so fans should temper their expectations for the time being.