The Atlanta Reign look to punch their ticket to Hawaii (again), while every other team figures it out 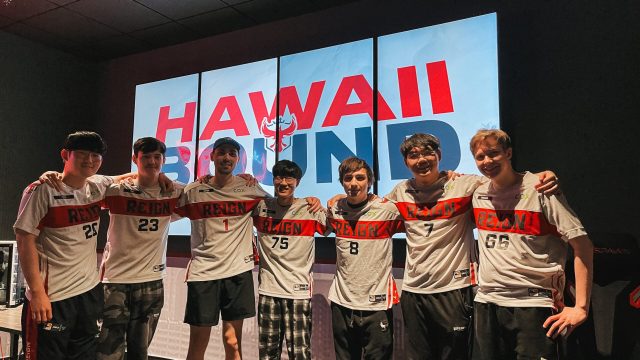 Welcome to Match Notes, a weekly column by staff writer Bonnie Qu that looks back on each week of the Overwatch League.

This week’s entry is about the games that took place from Aug. 6-8. For official match results, check out the Overwatch League website. For everything else, look here.

The good folks over at the Overwatch League are constantly figuring out ways to make things as balanced as possible. This means tweaking the relative strength of various teams and players from week to week, with varying results. This year, they’ve generously agreed to send us some of their official patch notes every week so that we know exactly what changes have been made.

Developer’s comment: As it turns out, the Vancouver Titans have actually been performing so poorly all season because they’ve been distracted this whole time in trying to bake the perfect stick of bread. They finally perfected the formula this week and are now able to fully focus on the game.

Developer’s comment: Overwatch has pretty great map design, but we’ve always felt that we could do more to tie location and character together. So we’ve tested this out on the Reign. Whenever they think of going to Hawaii, their power level increases. Now, they don’t necessarily perform better while in Hawaii, but they sure love going there.

Developer’s comment: At this point it’s impossible to tell if the Dragons are actually worse now or if they’re just intentionally phoning it in. So we’re sort of playing it by ear right now. At the very least, they’ll get a break before the playoffs hit, which they’ve barely had all season on account of their constant winning.

Winners and losers are a natural part of competition, though not always in the way one would think. In this section, we go over who experienced the triumphs, defeats, epic highs and epic lows of professional Overwatch this week.

VICTORY: THE REIGN & THE HUNTERS

Congratulations to the Atlanta Reign, who have gone 4-0 in the Countdown Cup qualifiers. They did it against a tough slate of opponents, too. They took hard-fought victories over the Los Angeles Gladiators, Houston Outlaws, Florida Mayhem and Dallas Fuel – all of which seem to be among the stronger teams in the West region this tournament. The Reign have been to Hawaii twice now, with no luck either time. Perhaps this time, though, with the fearsome Dragons out of the way and the Fuel struggling to keep up, they’ll fare better. There’s still a whole lot more the Reign need to prove they’re capable of, but if they manage to cement themselves as a top-of-the-table team across both regions, it could have very interesting playoff implications.

The Chengdu Hunters also went 2-0 this week, clinching two 3-1 wins over the Guangzhou Charge and the New York Excelsior. The Hunters, much like the Reign, have regularly rotated into the “second-best” slot for their region all throughout the season. They’ve always been overshadowed by the Dragons eventually, but this time, the Dragons will most likely be out of the picture. If the Hunters can maintain the spectacular form they showed in the Summer Showdown, they have a real chance of going all the way to tournament finals again – and this time, they could win.

Two teams perpetually contesting second place in their respective regions now suddenly find themselves poised to take first, with the reigning kings both taking a backseat. It’s exciting to see how it’ll play out.

DEFEAT: PRETTY MUCH EVERYONE ELSE

All in all, not an especially inspiring week for the Overwatch League teams not named Atlanta or Chengdu.

Don’t get me wrong – there were some fantastic moments. Who could forget Seoul Dynasty’s spectacular reverse sweep against the Philadelphia Fusion, or the Titans’ bread-filled first win? Other than those incredible highs, though, we were left with more questions than answers. Every team seemed like they were still trying to figure things out this week, be it the Fuel scrambling to get a foothold on the meta, or the Washington Justice failing to bounce back from their customary headless chicken moment. Even the Toronto Defiant, who went 2-0 this week, did it against teams that sort of rolled over for them.

Are they all actually losers? No, of course not. I’m fully expecting every team to pull it together for the all-important knockouts next week. However, they’re going to need to look a lot more composed than they did this week. Most of the wins were sloppy and the losses even sloppier. Just ask the Seoul Dynasty.

WHO GAMED THE HARDEST?

Every player in the Overwatch League is, by definition, a gamer. But, sometimes, one rises to the top as the most gamer of them all. Whenever this happens, it’s worth celebrating. Each week, we’ll be picking the one player we think gamed harder than anyone else.

.@Changsik about to go sicko mode! Check out how he's been performing this season as we take a peek Behind the Numbers presented by @Sportsnet!#ForceOfNature | #OWL2021 pic.twitter.com/OsZyxP22Qz

Listen, everybody in the Overwatch League games. But not everyone can charm the pants off thousands of people with just one interview.

There were a lot of good performances this week from a variety of different teams, sure. But the second week of qualifiers is the last one where I’m allowed to be a little silly with my Gamer of the Week diagnosis, so this week’s title goes to the Titans’ ChangSik.

He joined late into the season, when the team’s previous main tank departed. He hasn’t had an easy job, either – he’s still in South Korea while the team plays from Vancouver, which means he’s had to play games in the early hours of the morning. Even so, ChangSik’s Wrecking Ball played a big role in the team’s resounding 3-0 victory over the Boston Uprising. And no, it wasn’t just because he contributed to the breadstick bingo with a Piledriver kill.

Most importantly, ChangSik did his post-match interview in English, and it was awesome. He’s played on mixed rosters before, so it makes sense that his English would be good. Still, it was a very charming moment that exemplified the global spirit of the league. Sometimes it’s easy to forget that many of these players are working hard even outside of the game. Thank you for bringing joy to our lives for a while, ChangSik.