See who the favorites to qualify are in each game 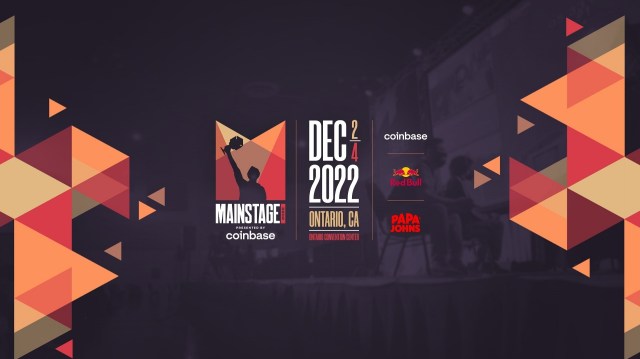 Provided by start.gg Mainstage will kick off a three-week stretch of major competition, followed by the finales for the two main Smash circuits.

Beyond the Summit’s open-bracket major series Mainstage is returning to Ontario, California, this weekend, with huge implications for its invitational series. There will be 12 Smash Summit spots up for grabs between the Super Smash Bros. Ultimate and Melee Singles brackets.

Ultimate players to watch at Mainstage 2022

Mainstage 2022 will be Edgar “Sparg0” Valdez’s first open-bracket major since Low Tide City in early May. Still, he has earned the No. 3 seed on account of his strong performances at recent invitationals. As a result, Sparg0 is projected to qualify for Summit, along with Paris “Light” Ramirez, Takuma “Tea” Hirooka, Shuto “Shuton” Moriya, Michael “Riddles” Kim, and Gavin “Tweek” Dempsey.

Enough, I'm tired of being bad. I feel 100% ready to completely get back into competing, so next season I'm aiming for the #1 spot again. I got reallyyy close to it last time but now I feel like nothing is gonna stop me. Road to #1 starts now lets do thiss

Of course, the seventh seed Pedro “Kurama” Alonso could easily fight his way into his first-ever Smash Summit appearance. At his past few majors, Kurama has not dropped sets to anyone ranked lower than top 50 in North America. Meanwhile, he has upset multiple top 10 level players, including Tea, Sparg0 and Shuton.

On paper, eighth seed Salvatore “Zomba” DeSena has a good shot at qualifying as well; all he has to do is upset Light, whom he has beaten in two of their last three sets. However, between the Panda Cup Finale and Ultimate Summit 5, Zomba has fallen just short of qualifying at four separate qualifiers since August. As a result, Zomba may have a curse to break if he wants to secure a top six finish at Mainstage.

As the only one of Melee’s current top eight players registered to attend, Juan “Hungrybox” DeBiedma is the favorite to win Mainstage 2022 by a large margin. As a result, he should comfortably qualify for Smash Summit 15, which he would have likely been invited to regardless.

But MAN it hurts so good

No time to waste

On the flip side, the dearth of top-level talent will provide many top 20 level players with better odds of qualifying than ever before. Along with Hungrybox, Hugh “SluG” Hegarty, Jeffrey “Axe” Williamson, Dawud “Aklo” Rahman, Miles “Soonsay” Foster, and John “KoDoRiN” Ko are projected to get into Summit.

Meanwhile, SoCal natives Shephard “Fiction” Lima and Johnny “S2J” Kim, who round out the top eight seeds, both have a strong chance of securing one upset and sneaking into the top six. To do so, S2J would have to beat Hungrybox and Fiction would have to beat SluG. Both of them have already beaten these projected winners quarters opponents this year. They could very well do so again at Mainstage.