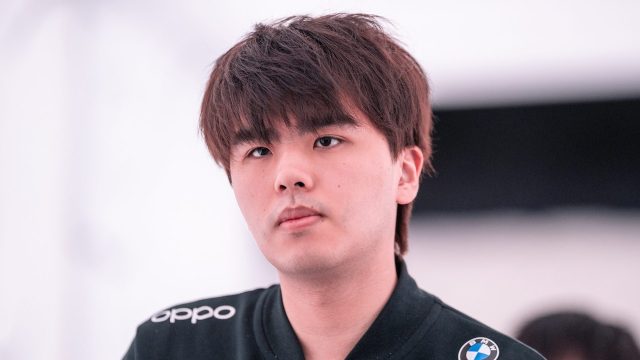 Provided by Riot Games/Getty Images According to Lwx, FPX is looking to rebuild its LoL roster

Inven Global reported that FunPlus Phoenix has disbanded its entire starting roster following a disappointing finish at the 2021 League of Legends World Championship, according to leaked messages shared to Reddit on Oct. 30 by FPX ADC Lin “Lwx” Wei-Xiang. The messages originated a conversation Lwx was having with a friend in the LoL client while live on his personal stream.

FPX has yet to release a statement confirming or denying the bot laner’s claim. The full log was screenshotted and pasted into the original Reddit thread with a full translation that can be read below:

“Just rebuild, you are the core member.”

” You won’t be able to run. You forced the Taiwanese away.”

FPX recently departed from Worlds 2021 in what was one of the most disappointing Worlds runs from a pool one team in LoL esports history. Their defeat was harrowed by wrist injuries on the side of jungler Gao “Tian” Tian-Liang, who won the MVP award for his performance in FPX’s Worlds 2019 finals victory against G2 Esports. Lwx ended his run at Worlds 2021 ranking the second-lowest of all botlaners in kills deaths and assists at 1.9 and last in damage per minute at 287 according to Oracle’s Elixir.

FPX’s strong 2021 season was highlighted by a multitude of impressive individual performances from mid laner Kim “Doinb” Tae-sang, the captain of the team. At Worlds 2021, FPX finished Group A in fourth place below DWG KIA, Cloud9 and Rogue after a three-game losing streak during the second round-robin.

The Worlds 2021 semifinals are currently still underway, with today’s matchup between DWG KIA and T1 resulting in DK advancing to the grand finals. They’ll find out who their opponents will be on Oct. 31, when the first seed from China, Edward Gaming, takes on South Korea’s second seed Gen.G at 8 a.m. EST.