Losing a grand final in style: Paper Rex stay ‘funky’ until the end

Alecks: 'That's the way we chose to go out. We go out in the Paper Rex style.' 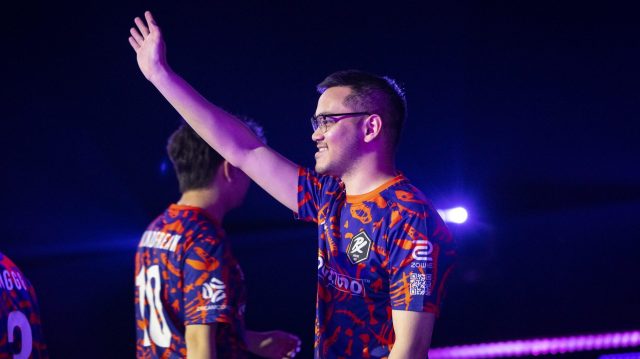 That was the team composition that Paper Rex brought out in the decisive game on Breeze in their Masters Copenhagen grand final against FunPlus Phoenix. It’s not a comp that any team at the highest level of the VALORANT Champions Tour has run. It’s a comp that had even the analysts scratching their heads. But if there’s one thing that Paper Rex have proved over the course of their historic run, it’s that they’re not afraid to play their own way.

Ultimately Paper Rex lost Breeze and lost the grand final, placing second overall. It wasn’t the result they wanted, but it was more than they’d hoped for at the start of the tournament.

“That’s the way we chose to go out,” the team’s head coach Alexandre “alecks” Sallé said in the post-match press conference. “It wouldn’t be Paper Rex if we didn’t try something funky in any tournament.”

Paper Rex’s legacy from Masters Copenhagen will be delivering the Asia Pacific region — and specifically Southeast Asia — to the grand final of a massive worldwide esports event. It was a first for the VCT.

“Losing in the fashion that we did obviously kind of hurts,” Paper Rex’s in-game leader Benedict “Benkai” Tan said. “But it’s not going to hurt for a long time because we already know that we’ve made history just being an APAC team and being in the grand finals.”

Benkai felt that it was his team’s trademark blend of aggression that helped propel them to the unprecedented feat.

“If I had to offer a word of advice to other APAC teams, I would say try not to copy other people and try to invent your own play style because that’s what granted us our success,” he said.

While their aggressive style is not wholly unique — alecks even pointed to FPX as a team that inspired a lot of their current strategies — Paper Rex have become masters at applying pressure to find the cracks in their opponents’ armor.

Even FPX couldn’t fully shut down everything Paper Rex threw at them. They did however succeed in limiting it more than any other team Paper Rex fought during their run at Masters Copenhagen. It was enough to eke out the win and claim the trophy.

“This bo5 is a good case study for how to play against us because I feel like FPX did a really good job on countering us on Bind and Fracture specifically,” Benkai said.

Paper Rex made a lot of fans during their time in Copenhagen; if anyone doubted that, they could just look at all the support the live crowd was directing their way. All the Paper Boys and Paper Girls picked up on the free-flowing, fun-loving, happy-to-be-here mentality that the team has carefully cultivated.

“We’ve already far exceeded our expectations,” Benkai said. “I know I sound like a broken record, but that is always our mentality: just get to the event. And anything after, we’re just going to have fun and take whatever result we get.”

Paper Rex have already booked their spot at Champions 2022; soon they’ll start preparing for the event, fully knowing that they’ll have a target on their backs. Every other team at Champions will have their own ideas about how to shut down Paper Rex and their aggression; that doesn’t mean they’re shying away from the challenge.

“We are still the same fun-loving team,” alecks said. “We want to play the entertaining way that we feel like we owe the world.”