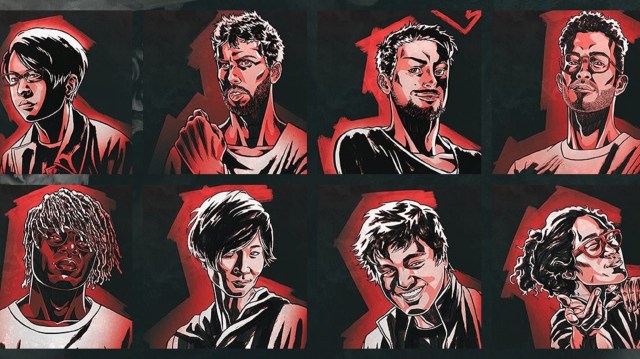 Provided by @Reversal_gg via Twitter Each of the invitees had a portrait drawn in their likeness.

Reversal is hosting a stacked Super Smash Bros. Ultimate invitational in Paris, France, this weekend. Despite taking place in Europe, L’Odyssée will feature almost as many Japanese players as it will European players.

With a diverse line-up of seven Europeans, six Japanese players, and three Americans, L’Odyssée will highlight plenty of Smash Ultimate match-ups that viewers have not yet gotten the chance to see. Here’s a look at which players are likely to perform best.

Japan looks to dominate at L’Odyssée

The full roster of L’Odyssée invitees is as follows:

Japan sent many of their best to this invitational; all of the Japanese players in attendance have enough Smash World Tour points that they don’t need to attend the final platinum event of the year, Maesuma TOP 10. In addition, the Japanese players have historically caused trouble for the tournament’s prospective No. 1 seed, Glutonny.

In particular, Shuton and Tea have a combined 11-1 record against Glutonny. Additionally, Gackt has won his only set against Glutonny. Coupled with the fact that Glutonny has yet to win a European major this year and has lost his last three sets against Bloom4Eva, a win for the champion of France seems all but out of reach.

Who will come out on top?

Despite Tea’s consistent performances at out-of-region events, his records against his compatriots leave much to be desired. In fact, he has losing or even records against every other Japanese player attending L’Odyssée.

On the other hand, Shuton holds winning or even records against the other Japanese players in attendance. Furthermore, he does not have a losing record against any of the invited players. Considering his staggering 72% win rate against the field, Shuton’s opponents will have a hard time stopping him no matter what region they come from.