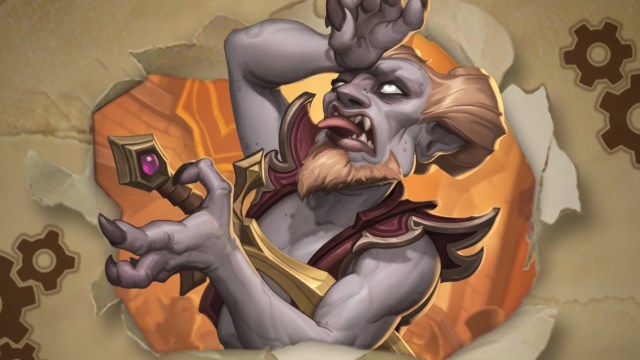 Provided by Blizzard Entertainment Theotar, the Made Duke artwork.

According to the latest patch notes, the power level of the Hunter class is now reduced. The Hunter cards with power adjustments include Stag Spirit Wildseed, Bear Spirit Wildseed and Harpoon Gun. Since Hunter is a popular and powerful class in the Standard meta and especially in the lower ranks, the nerf eases player frustrations and gives weaker decks some more leeway. The aforementioned cards, as well as Ara’lon, Spirit Poacher, Stag Charge and Wild Spirits can be dusted for full refunds for two weeks.

Below are details for the nerfed Hunter cards:

Hearthstone patch notes for Theotar, the Made Duke

Hearthstone patch 24.4.3 also features another card update, namely for Theotar, the Mad Duke. He’s a Neutral Legendary card that is defining the current meta, giving players a way to counter late-game moves. However, the card can also be frustrating to play against.

“We don’t want him to be one of the most popular cards in the next expansion, and our goal with this change is to lower his playrate across all ranks,” Blizzard added in the Hearthstone patch 24.4.3 notes.

If the playrate for Theotar, the Mad Duke doesn’t decrease a significant amount with its nerf, then Blizzard will think about further changes.

Here are the Theotar, the Made Duke details:

Despite not being changed in this patch, Blizzard is keeping a close eye on Prince Renathal as well. He’s a popular Neutral Legendary minion, but the current patch isn’t supposed to shake up the meta too much.

“We have something fun coming in Patch 24.6 and we want to see how Renathal performs in the next expansion before making changes to him,” Blizzard explained.

As for the Hearthstone Battlegrounds game mode, it has a smaller update in this patch, but players can expect a bigger update in patch 24.6.

There’s only one Quest Reward update, and it’s for The Smoking Gun. In addition to being easier to earn, it now gives minions +4 attack instead of +5 attack. As for minion updates, they include changes to Nether Drake and Twilight Emissary.