How to finally complete the Hoenn regional Pokédex 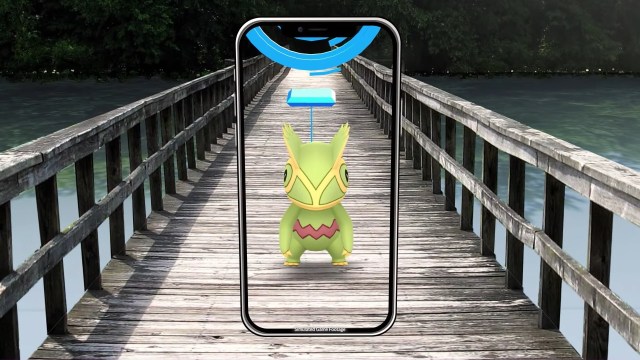 When the game first launched in 2016, Pokémon GO exclusively included monsters from the first generation of Pokémon games. Since then, its Pokédex has grown in size tremendously. Trainers can now catch Pokémon from every generation besides the recently-released Generation 9 in Pokémon GO, including Kecleon.

And yet, some Pokémon are still waiting to be added. Kecleon ended up having to wait far longer than expected to make its debut. Here’s what to know about Kecleon and whether it is still available in Pokémon GO following the Chespin Community Day.

When did Kecleon join Pokémon GO?

Generation 3 Pokémon first began making their way to Pokémon GO in 2017. Shortly before Halloween, five Ghost-type Pokémon from the Hoenn region joined the game. Afterward, Hoenn natives began to trickle into the game over the course of about two years.

In July of 2019, Speed Forme Deoxys became available in Pokémon GO. This left Kecleon as the final remaining Generation 3 Pokémon that had yet to join the game. However, it took another two-and-a-half years before the Color Swap Pokémon finally appeared in the wild in Pokémon GO.

Kecleon made its debut in Pokémon GO on January 7, 2023. Interestingly, it did not enter because of its own special event, but tagged along for another Pokémon’s event instead. This was the same day as the Chespin Community Day, during which the Grass-type starter Chespin temporarily became much more common in the wild.

Is it still available after the Chespin Community Day?

Trainers first noticed Kecleon in Pokémon GO after trying to interact with PokéStops. Upon tapping a PokéStop, they would get a message telling them an invisible object was blocking them. In those cases, an invisible Kecleon would be attached to the front of the PokéStop. Of course, trainers could tell it was there due to its still-visible red torso stripe.

From there, trainers could continue tapping on the Kecleon until it jumped off of the PokéStop. Afterward, they could find it in the wild. Then, they could tap it again and catch it just like they could any other wild encounter.

Although Kecleon first became available on the same day as the Chespin Community Day, it did not actually start spawning in the wild until after the event ended. As a result, Kecleon is not directly tied to that one event and is still available in Pokémon GO. In addition, this chameleon Pokémon’s Shiny variant will debut during the Pokémon GO Tour: Hoenn – Las Vegas event in February.