International 11 playoff preview: The most competitive Dota tournament yet

International 11 playoff preview: The most competitive Dota tournament yet

This year's International 11 will be a barn burner 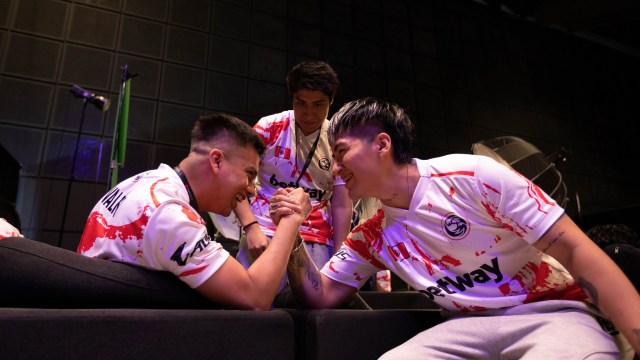 South America is coming in hot at the International 11

Most analysts would’ve underestimated South America coming into The International 11; many even put them at the bottom of tier lists before the event. However, both representatives in Hokori and Thunder Awaken have outperformed expectations throughout the group stage. Hokori, in particular, has been on a tear, coming from the last chance qualifier as a division two team and making it all the way to the lower bracket against inter-region rivals Beast Coast. Thunder Awaken is in the upper bracket and will face the overall number one seed coming out of the group stages, North America’s Evil Geniuses. Whether or not South American teams get very far in the tournament, it shows that the commitment of three major spots that Valve gave the region three years ago was worth it.

TI11 is already surprising af. Nothing went according to the script.

The most competitive Dota tournament ever

The world turned upside down at the end of the first day of group stages. Evil Geniuses, who barely made it into the tournament, topped the group stages convincingly by being extremely strong in lane. The entirety of group B was tied, and most of the stronger SEA teams fell to the bottom of the standings by the end of Day 3. BOOM Esports was one of those teams; however, they were still able to make it into the final playoff bracket. According to stats expert Ben “Noxville” Steenhuisen, BOOM Esports had a 1.42% chance to make it into the lower bracket coming into the final day.

The final playoff bracket is one of the most competitive brackets the Dota community has ever seen. It will be difficult to predict who even makes it out. Either way, there are going to be a lot of destroyed bracket predictions after the conclusion of the first day. In order to catch all the action tune in to the Dota2ti Twitch stream on Wednesday at 4 p.m. EST.