How to use the Skybridge Key in Escape from Tarkov

How to use the Skybridge Key in Escape from Tarkov

Add another key to your arsenal 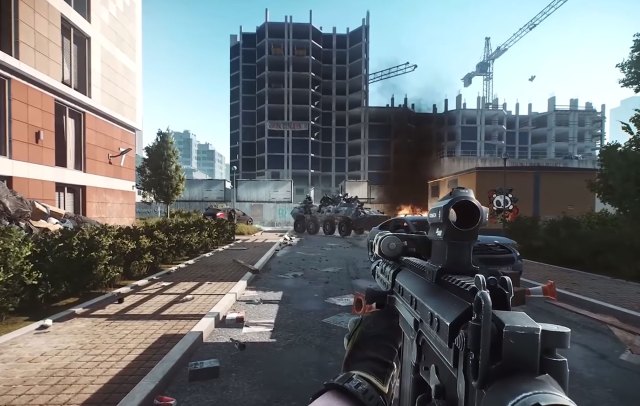 The 0.13 update in Escape from Tarkov has delivered a ton of content. The highlight of the update, though, is the new Streets of Tarkov map, which the developers had been working on for quite some time. Some thought that the new map’s release would signal that Battlestate Games was ready to take Tarkov out of early access, but that has yet to happen. For now, players can experience the entirety of Streets of Tarkov, which holds plenty of secrets. One secret that Escape from Tarkov players have been working to crack is regarding the Skybridge Key.

Using the Skybridge Key in Escape from Tarkov

You can find the Skybridge Key in one of two different places on Streets of Tarkov. Both of these places are close to the Brodion Pub, which is near the PMC Scav extract point. You need to head inside the Brodion Pub and check one of two locations:

Once you’ve looted the Skybridge Key, you can then find the lock that it goes to. This too is on Streets of Tarkov, and you’ll want to head to the Primorsky 46 building. More specifically, you need to go to the highest floor of this building, find a staircase, and then look for a closed door, which can be unlocked using the key. This building connects with the Primorsky 48 apartment number 10. You can see exactly where to use the key thanks to a Redditor that marked its location on a map. The location is marked with a purple circle on the left side of the map.

Once you’re inside apartment number 10, you can loot a number of items and collectibles.